UK economy could avoid a double-dip recession after resilient November

The UK economy looks likely to avoid a double-dip recession thanks to a better-than-predicted performance in November 2020, according to the EY ITEM Club’s Winter Forecast, published today (January 28).

With the economy contracting by just 2.6% in November, despite the impact of a month-long England-wide lockdown and other restrictions across the UK, the EY ITEM Club now expects the economy to have had a flat performance across the fourth quarter.

Vaccine roll-outs are under way and a free trade agreement with the EU has been secured, putting the UK in position for a steady economic recovery from the second quarter of 2021 onwards.

With a better-than-expected fourth quarter performance and the Office for National Statistics revising earlier GDP data upwards, the EY ITEM Club now estimates that the UK economy shrank by a record 10.1% in 2020, an improvement on its December forecast of an 11.6% contraction.

Positively, the point at which the UK economy is expected to regain its pre-COVID-19 peak is inching forward, with this now forecast to happen in quarter three 2022 – an improvement from the 2023 and 2024 dates predicted in earlier forecasts.

Howard Archer, chief economic advisor to the EY ITEM Club, said: “The UK economy has demonstrated remarkable resilience in recent months and the impact of recent lockdowns has been nowhere near what we saw in April.

“Over the course of 2020, the economy has become quicker to adapt to new COVID-19 restrictions and, while new restrictions may still cause disruption, lessons learned from previous lockdowns are rapidly put into place.”

He added: “The prospects for recovery are looking brighter. Once the economy has negotiated what is likely to be a challenging first quarter of this year, it will, undoubtedly, benefit from the vaccine roll-out helping to boost consumer and business confidence.

“The combination of vaccines, a UK-EU trade deal and previous lockdown experience means there’s much less uncertainty out there. Excluding the first quarter, the UK is looking at two years of strong growth.”

The EY ITEM Club forecasts that unemployment will peak at seven per cent in mid-2021 before starting to fall towards the end of the year.

Howard Archer said: “Seven per cent unemployment is high compared to recent years, but it’s not on the same scale as what was seen during the 1980s and it’s much lower than what was forecast at the outset of the pandemic.

“Government programmes, such as the furlough scheme, have helped keep job losses down so far. A lower unemployment peak means less long-term scarring for the economy.

“Where unemployment levels end up will be important for consumer confidence and will have consequences for the economic recovery, particularly in its early stages.”

Howard Archer said: “Consumer spending will be affected in early 2021 by the closure of non-essential retailers and most of the hospitality and leisure sectors.

“After the first quarter, depending on unemployment levels, consumers should be well placed to play a key role in the recovery given the very high recent savings ratios.”

Meanwhile, business investment is expected to improve in 2021 and then accelerate in 2022 as confidence is lifted by a firmer and more settled business environment.

Stephen Church, EY’s office managing partner in the North West, said: “While some sectors are clearly still struggling, there are encouraging signs that the recovery could be stronger than initially thought.

“M&A is a good indicator of future growth, and things have picked up after the lows of mid-2020. Likewise, there is strong anecdotal evidence of productivity improvements, which should provide businesses with a strong platform to build on.

“If this feeds through into profits, then business investment may return faster than current sentiment implies. This would be good news for the UK competitiveness, particularly post-Brexit.” 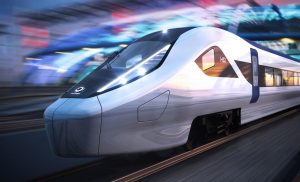 He added: “As the North’s economy heads towards recovery, physical infrastructure, including HS2 and advanced technological connectivity, will play an important role in levelling up the UK.

“Businesses need to be prepared. Now is the time to firm up post-pandemic plans as the shape of the future economy becomes clearer.”

Finally, the EY ITEM Club forecasts public spending to rise 6.3% in 2021, while government investment is expected to be up 8.2% as the Government seeks to put the economy on a firm footing ahead of action to repair the impact of the pandemic on the public finances.

Additionally, it expects monetary policy to remain accommodating for growth, although the need for further stimulus from the Bank of England is questionable.

Stephen Church added: “Heading into the Budget on 3 March, declining uncertainty and a strong growth forecast mean there is a good platform for the Chancellor to articulate a clear plan for an orderly reduction of public support for the economy at the same time as articulating a future vision.

“It will be important to see plans for a green recovery, steps to level up the economy and deliver inclusive growth, as well as a vision for how to ensure the UK economy remains internationally competitive. The right approach could support the recovery and, significantly, help Britain to build back better.”

The EY ITEM Club’s latest forecast does not rule out the Bank of England adopting negative interest rates, although it is predicted that it is more likely a 0.10% interest rate will be maintained for some time to come.

Stephen Church will lead a session exploring how we can boost productivity, fuel the recovery and unlock growth across the North in the upcoming Invest North conference organised by TheBusinessDesk.com on March 24. Click for further details.

Prescription for growth at medical group after £1m+ funding support

Financial boost puts the ‘fun’ back into international...