DPP Planning’s recently promoted associate director Kayleigh Dixon has been rewarded with the responsibility of further driving the business’s growth in the North West property market.

The national independent planning consultancy, which has offices in key regions across the UK, has an established presence in the North West with a series of projects across the residential and commercial property markets.

Having played a key role in the delivery of these projects, which has included the Salford Central masterplan for Muse and English Cities Fund, which includes the recent New Bailey project, Kayleigh has taken on the role of leading DPP’s activity in the region.

DPP has increased its pipeline of projects in the North West, which has included four schemes in Salford Central, such as the new BT offices and Valette Square, the Winnington Business Park, the recently opened Tesco store in Penwortham, Lancashire, and the application for a 1,100 residential development in Bartle, near Preston.

Kayleigh’s focus on the North West follows her recent promotion to associate director having been with the firm for eight years, originally working in the Newcastle office as assistant planner before progressing to become principal planner.

Her development is part of DPP’s succession planning strategy, which is focused on providing career progression opportunities for its team. This is led by the company’s current directors who have all developed their careers in the business into their senior management roles.

Kayleigh said: “We have a strong pipeline of diverse urban developments and this is an exciting time to be able to take responsibility for DPP’s activity in this region. The North West’s property market remains relatively strong, despite the impact of the pandemic, particularly in the residential market as housebuilders aim to keep pace with targets.”

Gareth Hooper, DPP chief executive, said: “Kayleigh has consistently demonstrated her expertise across her project portfolio, which has included a growing number of schemes in the North West.

“In addition to her knowledge of the market and relationships with clients and local authorities, which will be instrumental in our continued growth in the region’s property development space, she will also support the professional development of her colleagues working out of our Manchester office.”

National crane hire firm AMC has added four new faces to its sales team, as the company plans for a year of continued growth and expansion in 2021.

The company, which has depots in London and Liverpool, has welcomed experienced sales manager Jonathan Williams to its Knowsley-based depot, with sales manager Fahim Karim and head of sales (south) James Standing coming in to drive business through AMC’s Heathrow site. 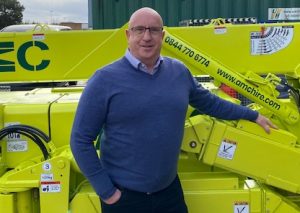 Mark Davenport, owner and managing director of AMC, said: “Our primary aim for 2021 is to cement our reputation as one of the leading providers in the sector, and the addition of four experienced members to our team will help us go from strength to strength as we strive to grow new business over the next 12 months, as well as supporting our long-standing and loyal client base.

“Each one of our new starters brings their own unique skill-set to AMC, as well as years of experience, and I am looking forward to them all learning the ropes and getting up to speed as we enter an exciting period for the company.”

Set to work alongside current head of sales in the north, Colin Scruton and Kelly McPhilbin, Jonathan Williams brings plenty of knowledge and a broad spectrum of skills to the AMC sales team, having worked most recently as area sales manager at Atlantic Forklifts and Nixon Hire.

Christopher Katkowski QC is joining barristers’ set Kings Chambers as a member of the planning and environmental group.

Chris specialises in planning work, preparing for and appearing at planning inquiries or acting in judicial reviews of planning decisions. The majority of his clients are from the private and corporate sectors together with a number of local planning authorities.

He was appointed by The Department for Communities and Local Government (DCLG) as an advisor to the Local Plans Expert Group in 2016 and by MHCLG as an advisor to the Rosewell Review in 2018. he was a keynote speaker at the Planning Inspectorate’s Annual Training Event in 2018.

Head of chambers, Paul G Tucker QC, said: “This is the best possible news for the planning team at Kings Chambers and the whole of chambers welcomes Chris joining us.” 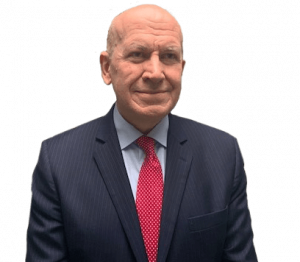 Chris said: “I’m really looking forward to carrying on doing the job that I love so much as a planning QC from my new home at Kings Chambers.”

Chris has been ranked as the top silk for planning in the most recent Planning Magazine Survey for Top Rated Planning Silks, an accolade he has achieved a record 11 times. He will be clerked by chief clerk, Gary Smith and senior clerk, Mark Ronson.

Kings Chambers operates out of chambers in Manchester, Leeds and Birmingham and boasts 124 members including 22 silks.

Nantwich based international accessibility consultancy Direct Access has appointed Lee Searle as director of sales and marketing for its new products division.

He brings more than 15 years’ international leadership experience in the disability evacuation market. Starting with the Fire Protection Association and working with manufacturers and end users in the fire market, Lee identified the need for a much greater awareness of egress for mobility impaired people.

Moving to Direct Access was a perfect fit for Lee as the two mission goals for the company were inclusion for all and safety always. As organisations increase their focus on accessibility, the need for better solutions for egress were never more important.

With full responsibility for the leadership and development of Direct Access’s new products division, Lee will develop, alongside carefully selected manufacturing partners, a portfolio of ancillary equipment designed by disabled people in response to requests for a one-stop solution by Direct Access’s clients. 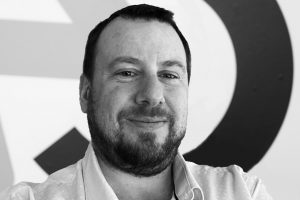 Steven Mifsud, founder and director of Direct Access, said: “Lee’s track record and international experience in evacuation and egress dovetails with Direct Access’s historic ingress focus. His contacts in the sector are second to none and we are delighted to have him on board. It is a clear endorsement of our ambitions to create truly inclusive environments.”

“We are in an excellent position to diversify our work to further support clients to be inclusive. I have followed Direct Access’s work for several years and am excited to be part of the team at the next stage of their growth.”

Following turbulence wrought on the market by COVID-19, JLL North West’s lead director, Steve Hogg, has revealed that the real estate consultancy is looking ahead to new hires – and is feeling “cautiously optimistic” about market recovery.

Following a move into its WELL Platinum-designed headquarters in Landmark, St Peter’s Square last year, the firm has experienced sustained growth – which has seen it strengthen its teams in its North West office and make hires and internal appointments.

Andy Rands will migrate to JLL North West’s capital markets team, following a seven-year stint in its office agency team which he joined as a graduate in 2014. Andy will be working alongside James Porteous and Ed Blood, as JLL look to grow its reach in the sector.

Replacing Andy will be Rhys Evans, who joins the office team as associate director following a seven-year tenure at Avison Young.

Further hires include Anna Mackay, joining the business space team as a surveying executive, and Tom Smith – formerly of Lambert Smith Hampton – in the building consultancy team as senior surveyor. 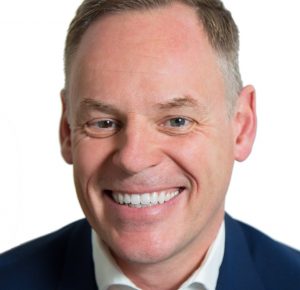 Steve Hogg, JLL North West’s lead director and head of residential UK regions, said: “It’s brilliant to be able to bolster the team with these strategic hires. I’m particularly excited about Andy’s appointment within the capital markets team. The availability of capital is at levels we have not seen for a long time, so the ability to be able to advise clients with more resource will put us at the forefront as the market returns.

“We’ve specifically recruited in our offices department, and Rhys joins the team at a pivotal time. In 2020, JLL North West was responsible for 40% of all office space transacted in Manchester, including the largest deal of the year with Muse’s One Bailey to BT. This will be a key focus area of the business as we now look towards our recovery.”