The 12th annual Sunday Times HSBC International Track 200 league table is published this weekend and includes 21 companies from around the region.

This is two more than last year’s tally for the region, and includes six new entrants.

These regional stars have grown their international sales by an average of 52% a year over the past two years to a total of £574m, all are profitable and together they employ more than 10,100 people.

The figures largely relate to financial periods before COVID-19 struck.

The region’s top-ranked company is new entrant, Manchester-based Oscar Technology (No 9), which recruits for tech roles such as software developers and app developers.

Offices in America and the Netherlands helped drive international sales up an average of 159% a year over its past two years, to reach £20.6m in 2019, on gross total sales of £28m.

It has donated more than $1m-worth of food during the pandemic.

The companies in the North West appear alongside well known British brands based across the UK, including Sweaty Betty, the women’s activewear brand sold in 195 countries, BrewDog, which was valued at £1bn in 2017 and now has 100 bars worldwide, and Brompton, the bicycle manufacturer, which ships to 47 markets.

Amanda Murphy, head of commercial banking, HSBC UK, said: “After a challenging start to 2021, all eyes are on the companies that will drive a return to growth in 2021.

“We are confident that the innovation and entrepreneurial spirit of businesses such as those in the North West listed on International Track 200 will carry them forward.

“These companies show the strength, ambition and resilience of businesses across the UK and are the sort of businesses we are proud to support every day.” 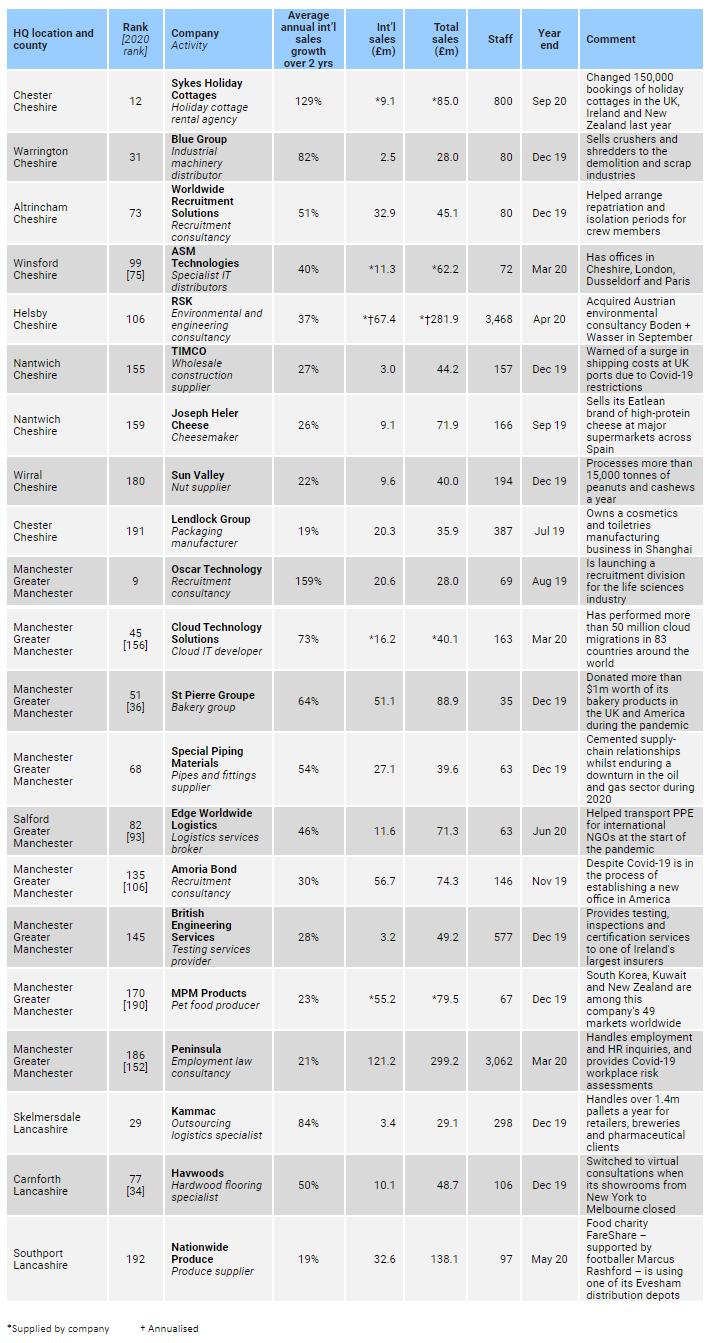