The county council is working with a wide range of public and private sector partners to develop several major schemes in Lancashire that will kick-start its economy, strengthen resilience and provide opportunities for new and emerging business sectors, while also creating jobs.

This is all part of the county council’s objective to re-position the county and help to drive communities back to economic health.

“With several significant schemes being developed there’ll be opportunities for companies to be part of vital supply chains and construction activity, and in the creation of new jobs.

“New opportunities will appear as these proposed economic schemes develop and provide a platform for accelerated growth. The county council is leading on several regionally and nationally-significant schemes, which will shape and transform the identity of Lancashire for many years to come.”

At the Samlesbury Enterprise Zone, located next to BAE Systems, a site that will deliver more than 2,000 jobs and up to 1.5m square feet of development space, the county council has been working closely with its partners to facilitate and enable development.

The county council has delivered the majority of the site’s current access infrastructure and plot preparation works during challenging weather conditions at times, and the COVID-19 pandemic.

BAE Systems have also invested significantly in the site with new manufacturing and high tech facilities, including the Academy for Skills and Knowledge.

There has been excellent progress on the construction of the Advanced Manufacturing Research Centre North West. This is another significant occupier, which will anchor the Research & Development zone on the site.

The £20m AMRC North West, led by the University of Sheffield and supported by the Lancashire Enterprise Partnership, will provide world class business support to position Lancashire as a leader in innovation-driven, sustainable economic growth and will act as a catalyst for further inward investment.

This new facility will help to accelerate manufacturing growth, supporting the supply chains in the region to drive up productivity sustaining manufacturing in the North West.

To help unlock other parts of the site, Electricity North West has invested several million pounds to improve the infrastructure for the electricity network, including a new primary substation which will support and unlock the development of this site.

The Eden Project North is a proposed major new attraction in Morecambe, that seeks to reimagine the British seaside resort for the 21st century. Conversations are continuing with government for support towards the project.

Eden Project North, along with partners including the county council, are currently preparing a planning application, which is due to be submitted later this year. 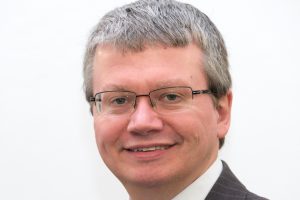 The business case shows that this project is projected to attract around one million visitors a year and directly employ more than 400 people. In addition to money spent at Eden itself, visitors could spend an estimated £200m per year in the region, supporting an additional 1,500 jobs.

Following the Government’s announcement last year of £140m from the Government’s Housing Infrastructure Fund for the South Lancaster Growth Catalyst, proposals are being put together to address existing transport constraints and unlock significant development opportunities in the north of the county.

Preparatory work is continuing to develop a mixed use site known as Lancashire Central next to the M65 motorway, near Bamber Bridge, working with developer partner Maple Grove Developments – part of the Preston-based Eric Wright Group. This is one of the largest mixed use employment sites in the North West and could deliver thousands of jobs and provide much needed industrial and logistics accommodation for new and existing businesses.

Construction continues on the Preston Western Distributor road scheme, which is due to open in 2023.

A major scheme for the Preston, South Ribble and Lancashire City Deal, it will create a new junction on the M55 and new access on the western parts of the city, and enable the delivery of a Cottam Parkway railway station. It will improve access in and around the wider Preston area by improving journey times to key employment sites and the city centre.

Other recent business park and property developments include the completion of Fraser House in Lancaster, a new co-worker space at the council’s White Cross Business Park. Aimed at the growing digital and technology sector, the investment in this building will capture the wave of new technology companies starting up and growing in the city.

The county council has also made a significant investment at Lancashire Business Park to provide eight new industrial units known as Sumner Point.

This is a range of industrial and warehouse units, between 3,000 and 36,300 square feet. This work has been completed by Eric Wright Construction, part of the Eric Wright Group, who are the council’s strategic property partner.

Grim warning of high cost to hospitality industry if easing...