These are available to people who are disadvantaged and/or underrepresented in the digital industry, and are part of the Fast Track Digital Workforce Fund. The 14-week coding bootcamp will start on Tuesday, May 4.

This Fund has been extended through the Department for Education Digital Bootcamps to maximise on this work, giving residents the opportunity to build up their digital skills and fast-track to an interview with a local employer.

All learning will be delivered online. However, the main campus in Manchester city centre will be reopening on May 4, so students will be able to learn in person for as many days a week as they feel comfortable. Applications for the diversity scholarship can be made via https://northcoders.com/our-courses/fully-funded-scholarships

Lou Cordwell, chair of the Greater Manchester Local Enterprise Partnership (GM LEP), said: “Addressing the inequalities that the pandemic has amplified is a central part of our Economic Vision for Greater Manchester. The Fast Track Digital Workforce Fund does vital work by providing under-represented and marginalised groups in the digital and tech sectors with accessible routes into digital employment.” 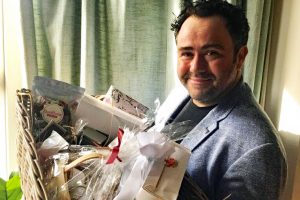 Independent businesses across Wirral have joined forces to create a number of epic ‘Welcome To Wirral’ hampers as gifts for some of Hollywood’s biggest names as they prepare to start filming a major movie in the area.

Independent film production company ‘Mad As Birds’, which is run by Wirral-based trio, Bafta winning actor, writer and director Celyn Jones, along with film producers Andy Evans and Sean Marley, are due to begin filming their latest Indie drama at various locations across Wirral and Liverpool later this week. The Almond and The Seahorse, which stars Hollywood royalty Rebel Wilson, Charlotte Gainsbourg, Trine Dyrholm and Meera Syal, is based on the award-winning stage play by Kate O’Reilly.

Executive director for Independent Wirral, Sharon Stanton, said: ‘We are absolutely thrilled to be able to showcase some of our amazing independent businesses in this way. Independent Wirral has been set up to help support the best of the best here on Wirral and this initiative has really demonstrated what a passionate and creative community we have here on our doorstep.” 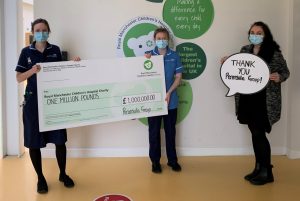 The news comes almost a year after the group announced it was doubling its £1m charity pledge to £2m in light of the COVID-19 pandemic which made the work of the hospital more challenging than ever, as well as impacting on charitable donations.

During the past two years, Peninsula Group has built up a strong relationship with Royal Manchester Children’s Hospital Charity, and employees have already raised this significant amount through ambitious fundraising activities such as the Great Manchester Run, abseiling a 19-storey building and even a trek up Mount Kilimanjaro. Funds have also been raised through payroll deductions which have been matched pound for pound in corporate donations.

Royal Manchester Children’s Hospital treats more than 280,000 patients every year and provides resources to make a difficult time easier for children and their families.

Peter Done, founder and group managing director of Peninsula Group, said: “Peninsula Group are delighted to have reached the remarkable milestone of raising £1m through our incredible fundraising efforts and the group matching every donation made. We hope that this impressive donation will help Royal Manchester Children’s Hospital Charity significantly. Even though we are halfway there, we will not be resting on our laurels.” 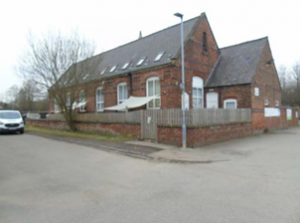 Stockport-based Just Childcare has completed the acquisition of The Village Day Nursery in Standish, Wigan, for an undisclosed sum.

This marks the group’s first acquisition during the pandemic and represents Just Childcare’s first purchase of 2021, as well as signaling the resumption of the group’s expansion plans. The new addition increases Just Childcare’s portfolio to 61 nurseries providing around 4,600 nursery places across the North West, Yorkshire, Bristol and South Gloucestershire.

Having operated for more than 20 years in Standish, The Village Day Nursery, registered for 89 children, is one of the most well-established nurseries in the area with a strong reputation for providing excellent care and early years’ education.

Just Childcare chhief executive, David Johnson, said: “We are thrilled to welcome The Village Day Nursery to the Just Childcare family and look forward to working with their nursery team to support the nursery’s future growth and development.

“The Village is the first acquisition we’ve been able to make to the group in quite a while due to the pandemic and we’re pleased to have added such a well-established nursery to our North West region.” 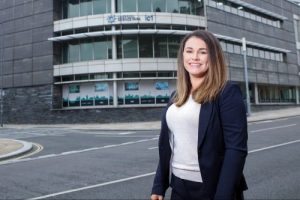 BioGrad Diagnostics has become the only Liverpool City Region-based laboratory to be added to The Department of Health and Social Care’s approved list of providers of the day 2 and day 8 coronavirus testing for international arrivals.

Known as the Government’s travel test package, day 2 day 8 testing is required for all international arrivals to England during their mandatory 10-day quarantine period.

As well as day 2 and day 8 testing, approved companies must also provide genome sequencing to detect the strain of the virus in a positive test. BioGrad has partnered with Manchester-based Yourgene Health, offering a fully-rounded North West-based service.

It comes as BioGrad opens its first London clinic near Heathrow Airport with subsequent national locations to be announced imminently. The expansion is part of a seven-figure investment that will see its operations grow across the country and the creation of 150 jobs.

Dr Natalie Kenny, BioGrad Diagnostics CEO, said: “Once again this news is a further endorsement for our services and the professionalism and expertise of the BioGrad team who make our growth possible.”