Andy Haldane, chief economist at the Bank of England, has accepted a prestigious Honorary Professorship from the University of Manchester and Alliance Manchester Business School (AMBS).

During his 30 years at the Bank of England, Andy has become a leading expert on monetary and financial stability as one of Britain’s most influential economists and served as a member on the Financial Policy Committee and Monetary Policy Committee.

He will step down from this role in June 2021 to join the Royal Society for Arts, Manufactures and Commerce (RSA) as chief executive in September.

In addition to his contribution to the Bank of England, Andy has led the Government’s Industrial Strategy Council and in 2009 co-founded Pro Bono Economics, a charity dedicated to using economics to empower the social sector.

He was named one of the 100 most influential people in the world by TIME magazine in 2014 and among other positions, is a Fellow of the Academy of Social Sciences and Governor of the National Institute of Economic and Social Research.

Andy joined Lord David Alliance – who the school is named after – staff and students at the launch of AMBS’s new campus building in 2019. Here he sat on a panel with Prof Dame Nancy Rothwell, president and vice-chancellor of The University of Manchester, to discuss the role of universities in the future of UK productivity.

He said: “I am absolutely delighted to become an Honorary Professor at the University of Manchester and Alliance Manchester Business School. The University and Business School have an outstanding global reputation for their contribution to building skills and knowledge and driving innovation and research. These are essential ingredients if we are to build back better and I am looking forward to helping the university and AMBS play this crucial role.”

Prof Dame Nancy Rothwell said: “I have worked closely with Andy for a number of years on the Industrial Strategy Council, which he led superbly. I am delighted that he has accepted an Honorary Professorship with us at Alliance Manchester Business School.”

Avison Young has made two senior promotions in the firm’s Liverpool office, as Joel Lawson and Simon Price both move into director positions.

Joel Lawson, who joined Avison Young’s retail team in 2016, has worked with a number of high profile clients across the region, including Queensberry Real Estate, St Modwen and Natwest Group. 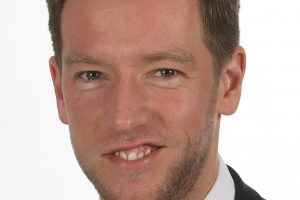 In the real estate management team, former associate director Simon Price, also joined the team in 2016 and splits his time between the Liverpool and Manchester offices, working to grow Avison Young’s clients, some of which include, London & Continental Railways and Clearbell Capital.

Joel said: “I’m delighted to be made a director given the backdrop of the last 12 months. It’s a really interesting time to be working in the retail sector and I look forward to continuing to support Avison Young’s diverse range of clients in navigating this period of change.”

Simon said: “It has been a pleasure to be part of the real estate management team over the last five years, and to be recognised for the hard work and dedication I’ve put into my position and will continue to do so as director. 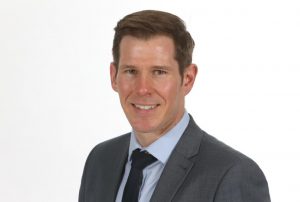 “It’s been a challenging year, but our team has gone from strength to strength. The team’s innovative ideas have helped to retain a number of big name clients, as well as attract new ones, including No.8 First Street in Manchester and Grand Arcade in Wigan. I’m looking forward to continuing to be part of the growth and development of the department.”

Stephen Cowperthwaite, principal and managing director of Avison Young’s Liverpool office, said: “I’d like to congratulate Simon and Joel on their well earned promotions, which are in recognition of their efforts in building strong client relationships as trusted advisors.

“Across the UK, Avison Young has promoted seven team members to director positions and it is testament to the strength of the Liverpool office, and the continued resilience of region, that we are able to invest in talent that embodies our purpose of creating real economic, social and environmental value for our clients.”

Family run, Blackpool-based Weru UK – a distributor for Weru, Germany’s market leader in windows and doors – has announced the expansion of its team with the addition of three new staff members.

John Feeney joins with more than 24 years in the industry and has been brought in to lead the team to deliver great customer experience and head the expansion of the business.

Aaron McLaughlin joins as a designer and champion of Building Information Modeling (BIM). As Weru continues to develop its 3D visualisation and asset modelling, Aaron will bring his expertise as a design manager to the team with his end-to-end design process experience from initial concept to the intricate detail design of final proposals. 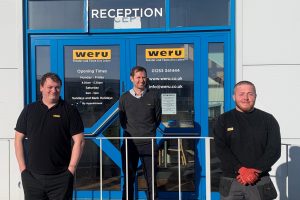 Anthony Johnson comes with experience working on-site, installing ducting, using various hand tools and working to an exacting standard from a drawing. Anthony has earned a Level 2 City & Guilds qualification in welding and a Level 2 BTEC qualification in engineering.

Graham Lindsay, Weru UK managing director, said: “We are delighted to have welcomed three outstanding new members. John, Aaron and Anthony have all settled in extremely well, and it is a testament to our commitment to providing the greatest service possible for each and every one of our clients that we have been able to expand our team during one of the toughest years of our lifetime.”

Weru UK is based at Amy Johnson Way, Squires Gate, and was established more than 35 years ago. The business serves a UK-wide client base, from its national support centre and showroom at the 8,000 sq ft site.

The Charles Louis Group was established in 1996 by David Cookson as a family-run mortgage advisory business. David and his long- term friend, James Birch, expanded the business to set up a flourishing estate agency in 2019.

Now, the Ramsbottom company has launched a commercial agency within the group and has welcomed Anthony Meadowcroft to lead the new entity. 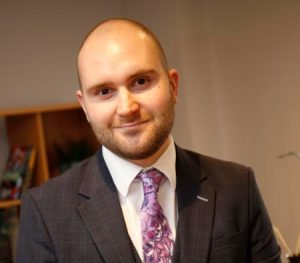 Anthony has a previous background in business transfer and commercial property sales. He said: “I am delighted to be joining the Charles Louis Group to make a real difference, challenging the industry and supporting each client on an individual basis.”

David Cookson said: “Celebrating our 25th year in business, it is an ideal time to invest, providing further agency services to our clients, both existing and new. It is thanks to our focus on a local team and longstanding apprenticeship provider, Bury College that allows for our continued success.”

James added: “With the markets constantly adapting, especially with the recent COVID-19 influence, 2021 has an optimistic outlook for commercial property and business acquisitions, with positive demand from both buyers and sellers.”

With the Manchester-based developer committed to creating a vibrant community at each of its housing developments and priding itself on providing a professional landlord service, Ian will further enhance, lead and develop the customer service offering, taking it to the next level.

In addition to putting residents’ needs at the heart of every scheme, he will also be responsible for driving forward the company’s marketing strategy at a national, regional and local community level.

Ian has more than 15 years’ experience in the property sector, having joined from Ocasa Homes where he was operations director. 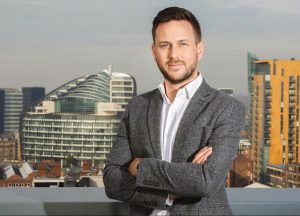 Ian said: “I’m thrilled to be joining Placefirst at such an exciting time for the business. I’m looking forward to working with such a great team to really develop and enhance our resident services with improved technology, processes and community engagement.”

David Mawson, chief executive at Placefirst, said: “We are excited for Ian to join the Placefirst team, as he brings with him a wealth of experience and a customer-centric approach which will unify both our internal and external communications.

“We are dedicated to continually enhancing our resident/landlord services and strongly believe that he will make a brilliant addition to the team. This new role will encompass our direct resident experience channels which will help take our customer proposition to the next level, not only for today, but for years to come. Ian joins at a time when we are growing very quickly, due to a high demand of quality alternatives to home ownership.”