Home / North West / Business news / What’s next for the region’s towns and cities?

What’s next for the region’s towns and cities?

The impact of the Covid pandemic has been felt right across towns and cities in the UK.

With the shutdown of retail, leisure, and hospitality there has been a shift in the way people think about movement, residence, socialising and consumerism.

A recent webinar in partnership with Deloitte put the spotlight on what’s next for towns and cities and how the public and private sector can work together to reimagine the struggling high streets and ensure that they are fit for purpose and act as magnets for businesses and jobs.

One of the biggest change to come out of the pandemic has been the shift to working from home and the impact that has had on both towns and cities. 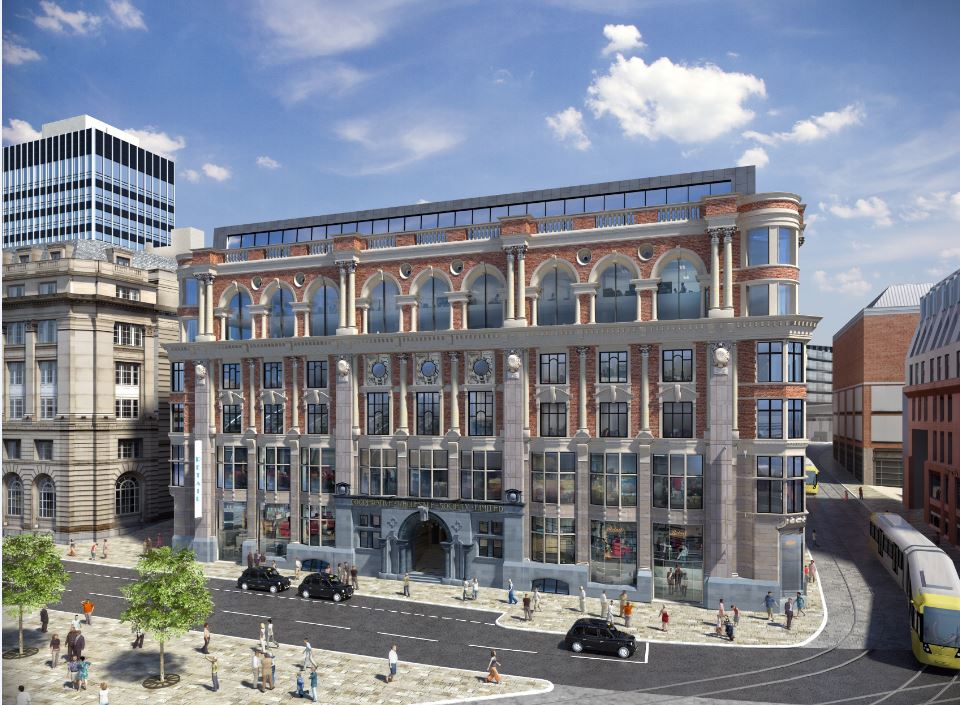 Sean Beech, tax partner, Deloitte has been involved in the firm’s future of work programme, which has seen the closure of its Liverpool office with all staff now working from home with access to collaboration space and a relocation of its Manchester office from Spinningfields to WeWork’s Hanover Building on Corporation Street.

“The feedback from staff in both Liverpool and Manchester has been positive,” said Beech.

“When we were in Spinningfields we were in a ‘Big 4’ corporate building, we are now in a space that allows for better collaboration and it works for us.

“I remember three years ago at MIPIM people were talking about how everything was being urbanised around the big cities and it was very much believed that towns and villages will struggle, but Covid has turned that on its head. People have gone back to living and spending where they could and where they lived.

“The cities will still be a power force, but they will have to adapt and provide more reasons for why people would want to live there because the towns and villages have come into their own now.” 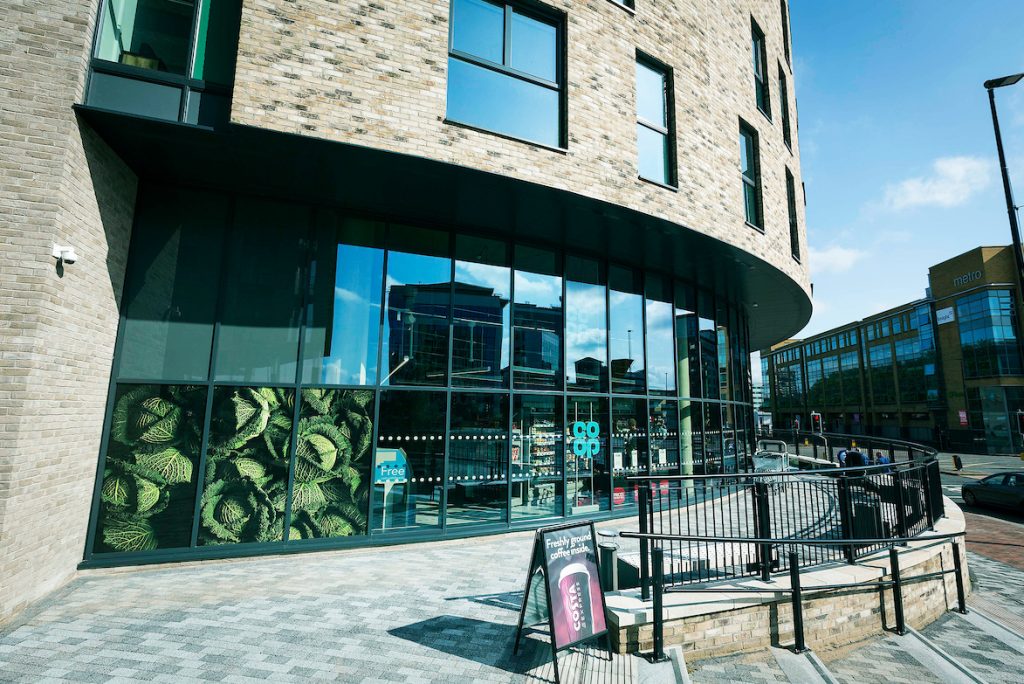 This was echoed by Andrew Cavanagh. As chief risk, safety & programmes officer at Co-op Property he is responsible for 6,000 sites including stores and funeral homes  as well as corporate buildings across the UK.

He said some of its properties that had little uptake in footfall in the last year are under review.

“The pandemic has made us rethink about our space,” he said.

“A review of our space is ongoing, we will always have a presence in the city centre but what that looks like will be different in the future.”

He added: “We’re no longer limited to being  in and around Manchester, and that’s certainly opened up the books in terms of sourcing our future talent.” 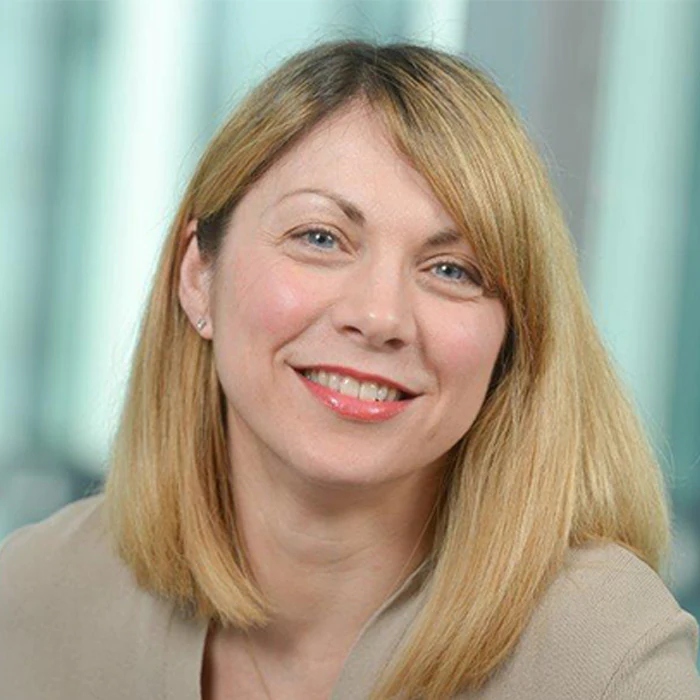 She also pointed to how it has also impacted on consumerism.

“It has had a massive impact on where people shop and how people have shopped in the pandemic,” she said.

John Searle, Rochdale Council’s director of economy and CEO of Rochdale Development Agency, said the council was ‘thinking hard’ about getting people back into its town centre office as well as pulling in more people to the Rochdale borough.

“We want people together, we want to work together, and teams want to come together,” he said.

“That will inevitably involve a great deal of working from home too and we already have an agile working policy in place.”

The council is also looking at bringing in more collaboration space to give businesses and workers the option to stay local. 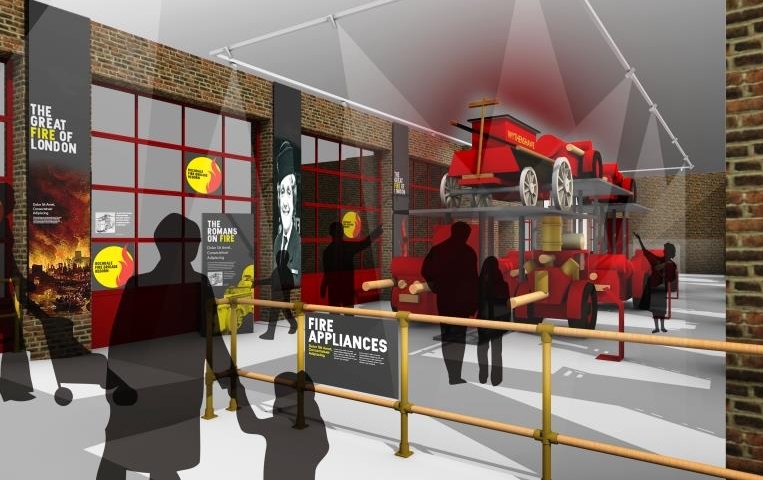 The Greater Manchester Fire Service museum for instance will be home to a high-tech co-working space managed by Rochdale Council.

“You hear people saying they want to attract more tech and creative companies, but how do you do that. For us, this new space is going to be a fantastic base to attract future growth businesses.

“It’s next to the station and opposite the Metrolink so it has fantastic connections and is a great opportunity for small business to stay local but also have that connectivity that they still want.”

Hicks said schemes such as the ones in Rochdale were important to drive the levelling-up agenda for a more prosperous and balanced economy.

She said: “If you take me, I sit in the region but I work for a national organisation and the accessibility that we now have in the region means we don’t have to hop on the train to London.

“And as things start to open up, levelling-up and accessibility and what that means locally is going to be important and really exciting actually.” 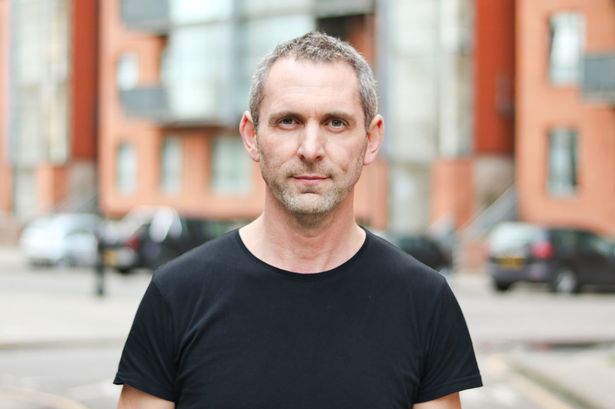 Adam Higgins, co-founder of property development and investment company, Capital & Centric, spoke about the importance of developing towns that people sought and aspired to live in.

The social impact developer is currently working on sites in Rochdale, Bolton and Stockport looking at how new schemes can bring more people to live in their town centres.

Higgins said: “A few ago we felt there were real potential to do residential development in some of these towns around Greater Manchester and other places as well. It’s always been quite challenging to develop really good quality housing in some of these towns because it broadly costs the same per square foot as builds in the cities, but the values are significantly lower.

“Three-years ago we started looking at what sites were available and whether we could bring them forward. But in a way the pandemics has accelerated interest from people, and from funds.

“I agree with Carolyn, there is a levelling-up taking place, and I think there is a renewed focus on people living in town centres, not just city centres.

“I’ve personally enjoyed the flexibility of working from home as there are some great benefits of this kind of slightly more relaxed way of working.

“We tend to focus on the economy and development but it’s about life and lifestyle and happiness as well.

“The pandemic has enabled us all to reset our personal lives a little bit, see our kids more, start work a little bit later or finish earlier, and all that feeds into what we’re talking about today, which is the economy and where we all want to be basing ourselves in the future.”

He added: “We’ve often said we are trying to create places where people want to live out of a desire to live there rather than necessity.

“People in some regional towns live there because that’s where they grew up.

“But if you are moving from the South East, you go to live in Manchester, you don’t necessarily target Rochdale. I think increasingly that’s going to change but it’s about building really good quality infrastructure and housing.” 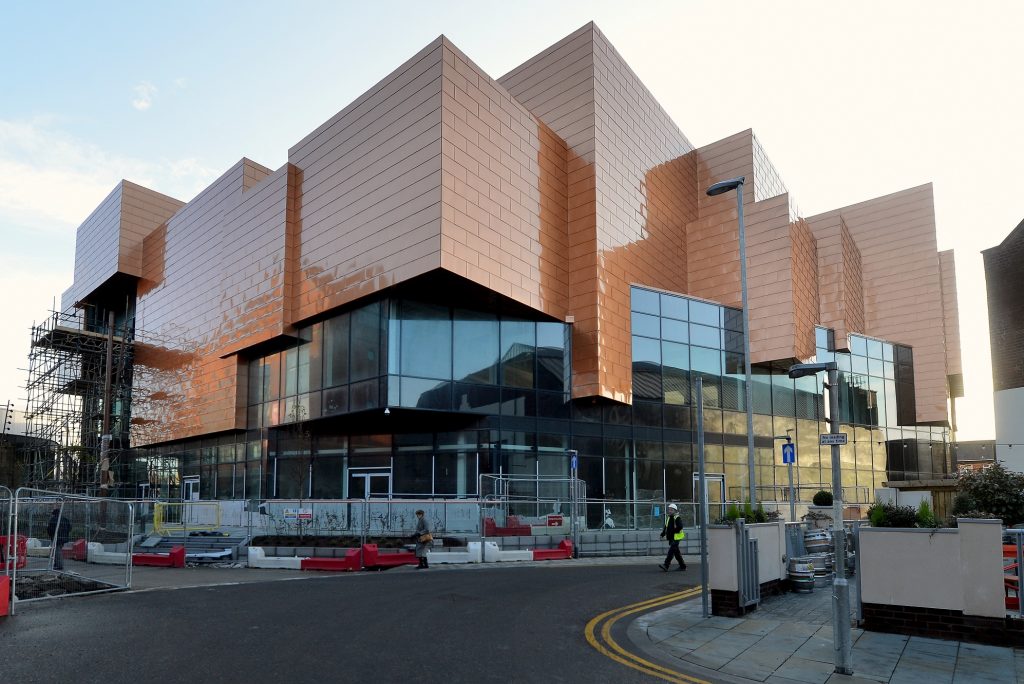 Searle said a combination of retail, employment space, residential growth and connectivity was key for the borough’s growth.

“It’s never been about retail led generation,” he pointed out.

“Our philosophy is to turn Rochdale borough around so that people coming to the town want to because the housing stock is there, the connectivity is there, not because it’s cheap.

“And yes, it does feel like the pandemic has accelerated that opportunity for us.

“Townships have got to be about all these other things such as culture, heritage, public services, transport connections, education facilities, all of those together make a sustainable place.”

“Retail, hospitality and leisure have taken a real hit in the pandemic,” she said.

“Our latest consumer tracker shows there are groups within society now who are confident in their own personal spending capacity, they’ve got savings, higher than they’ve ever had before. They’ve got this pent-up desire to go out there and spend.

“And so, we do expect a consumer led recovery in those sectors.”

Cavanagh said the Co-op saw an uplift in people spending more – but locally.

“It does feel like communities are bouncing back and we are seeing that people are shopping local, they’re socialising local, and going to our stores locally,” he said.

“There is a real appetite, a real movement and thinking for staying local and that’s going to have big benefits in terms of localised businesses. It might affect city centre locations a little bit, but I do think there’s big wins to be had.”

Esken raises £55m and seals new £20m facility to build back from...