Hundreds of new homes could be built on the former Boddingtons Brewery site in Manchester city centre.

Clarion Housing Group’s development arm, Latimer, has acquired a plot from LTE Group and plans to build 442 homes next to The Manchester College’s £100m city centre digital and creative campus.

At least 60 per cent of the homes will include properties for affordable rent, social rent and shared ownership.

The development will include two buildings – a 20-plus-storey tower linked to a smaller building fronting Great Ducie Street at ground floor level.

Latimer, which has also proposed 6,000 sq ft of commercial space, will submit a planning application later this year with plans to start work onsite in mid-2022, subject to planning permission.

Richard Cook, group director of development for Clarion Housing Group, said: “We’re delighted to have acquired this important site in the centre of Manchester that will enable us to deliver much-needed affordable homes, with 60 per cent of the homes we build being recognised as such.”

LTE bosses acquired the site, which was used as a car park, in April 2019 to build a £100m city campus for digital media, computing and visual arts.

The centrepiece of the five-storey building will be a distinctive ‘Jewel Box’ 200-seat theatre, surrounded by a courtyard.

Willmott Dixon is on site delivering the digital campus, due to complete in September 2022.

The second phase of the project features a campus for business and financial courses, to be constructed between phase one and Latimer’s development. 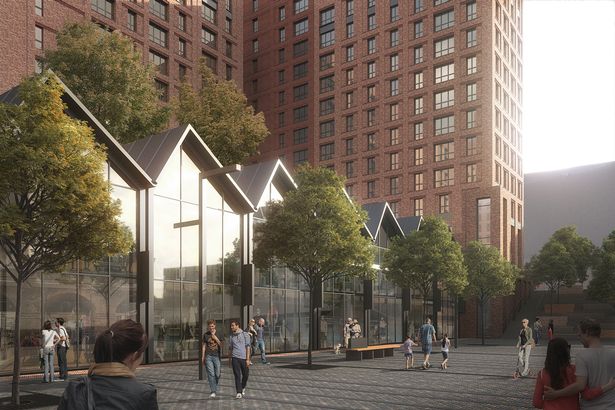