Innovation and entrepreneurship within the North West’s tech industry are in rude health, despite a number of funding challenges.

This is according to a new report published by independent North West law firm Brabners and commercial strategy consultancy Whitecap Consulting.

Based on the findings of more than 50 in-depth interviews with entrepreneurs and funders from across the region, the North West Tech Funding report explores the positive funding environment experienced by the North West’s tech start-ups.

However, it also outlines the main challenges facing entrepreneurs in the sector.

Chief among them is the relatively nascent pool of tech-focused angel investors which, although growing in depth, has, in some cases, led to businesses at that stage ending up with the wrong ‘type’ of funding. Contributors also raised the prospect of a possible future diversity issue among North West tech start-ups without the adequate free-to-access support at pre-seed, particularly for the development of a Minimum Viable Product (MVP).

Finally, while this is not necessarily a challenge, the report found that the relative bias toward private equity house responsibility for early-stage funding in the North West, and the risk profile that comes with that, is encouraging tech businesses who are targeting rapid growth to look nationally and internationally for funding with a higher risk profile – a positive contributing factor to the connectivity of the region.

By identifying the key challenges and opportunities in the sector, the report seeks to inform the development strategies of firms looking to gain a footing in the industry as it bounces back from the pandemic.

It also presents business owners with investor insight – including from angels, private equity houses and venture capitalists – on how to make the most of existing funding opportunities in the region. This includes exploring key trends around valuation, dilution and investment terms post-COVID.

Launching the report, Piers Dryden, head of technology at Brabners, said: “Despite the challenges outlined in this report, those challenges are eminently surmountable and opportunities for growth abound – with exciting and innovative businesses continuing to fuel the North West’s reputation as a digital powerhouse. However, to ensure the sector fulfils its growth potential, it’s imperative that entrepreneurs and start-ups understand the funding pathways open to them.

“This report is about pulling away from the statistics and the headlines to truly understand what it’s like trying to raise capital as an entrepreneur in the North West. What we’ve seen is a tight knit network of investors supporting good businesses – whether through investment or advice – to ensure that novel ideas make it to market and have every chance of succeeding.”

Luke Freeman, director at Whitecap Consulting, said: “As we move out of the economic uncertainty of the past 12 months, we’re extremely encouraged by the health of the tech start-up scene in the North West, the wealth of funds available to them and the far reaching investor networks in the region, particularly in Manchester and Liverpool.

“We hope that this report can act as a catalyst for business owners hoping to convert their start-up into a viable high growth proposition, informing their approach to securing the support of knowledgeable and experienced investors.”

Another report published today (june 16), shows the North West was the most active region for British Business Bank equity investments outside of London last year.

The Small Business Equity Tracker revealed that, during a record year where £8.8bn was put into 2,044 small businesses nationally, the North West was second only to London with the proportion of equity deals completed by British Business Bank supported funds – accounting for 10% of all Bank supported fund deals.

The total value of equity investments in the wider market in the North West reached £270m across 117 announced deals.

This comes as the British Business Bank continues to drive investment into businesses based in the region. The bank’s share of equity deals going to companies in the North West is up from two per cent just five years ago.

These figures were further bolstered by the introduction of the Future Fund in May 2020, which was designed to increase the availability of early stage equity finance and support businesses in their response to the COVID-19 pandemic.

The tracker, which is compiled annually and is in its seventh year, also revealed that regional imbalances were moving in the right direction. In the overall equity market, the proportion of deals going to companies in London has reduced from 50% in 2015 to 47% in 2020. The volume of equity deals from the British Business Bank going to companies in London reduced further from 63% in 2015 to 42% in 2020.

This shift signals a positive change for regional businesses and has been driven by increased activity from the Northern Powerhouse Investment Fund and the bank’s range of equity programmes.

Despite the positive contribution from British Business Bank-supported funds , the area remains under-invested compared with the overall equity market, with the region accounting for just six per cent of all UK equity deals in small businesses in 2020. This is lower than the region’s 11% share of UK high growth businesses. 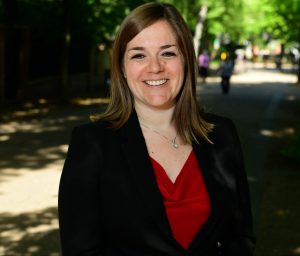 Dr Sophie Dale-Black, UK network director, North of England at British Business Bank, said: “The North West continues to be a hotbed for innovation with a rising number of quality tech and life sciences businesses that are fit for equity investment.

“At one end of the scale, we are seeing lots of strong early-stage companies that are securing equity finance, then at the other end of the scale there are tech unicorns like The Hut Group that are pulling in multibillion-pound valuations listing on the stock market.”

She added: “While the latest figures are moving in the right direction and do address the regional imbalances in access to finance, more needs to be done to support ambitious businesses in the regions.

“Given the opportunity available, we would encourage all equity funders to look to explore the region when it comes to future investments. This will not only support growth for local smaller businesses, but it will act as the catalyst to further fuel the levelling up agenda.”

British Business Bank is a Government-owned development bank that supports smaller businesses to access the finance they need to grow and prosper.

£3m investment round will help online retailer move from...

Credit union in administration after being declared insolvent