Manchester man jailed for his part in cigarette smuggling ring

A Manchester man is one of three who smuggled more than 20 million illegal cigarettes into the UK who have been jailed for a total of eleven-and-a-half years.

McLean and Lay were jailed for five years and three-and-a-half years respectively, on July 1, 2021 after a trial at Birmingham Crown Court. Glossop, was jailed for three years, following an investigation by HM Revenue and Customs (HMRC).

Richard Paris, assistant director, Fraud Investigation Service, HMRC, said: “These sentences should serve as a warning to others involved in the illegal cigarette and tobacco trade.

“We are determined to dismantle these networks and we will continue to seize illegal cigarettes and the proceeds of crime.

“Illegal tobacco costs the UK around £1.9bn a year, which undermines legitimate traders and deprives public services of much needed money.

“This type of crime also helps fund other organised crime that causes real harm to our communities, such as drugs, guns and human trafficking.”

He added: “I would urge anybody who knows of anyone committing any type of tax fraud to report them to HMRC online, or call the Fraud Hotline on 0800 788 887.”

Lay and Glossop were arrested in May 2018, after HMRC investigators had watched them load two million cigarettes onto a lorry at a Birmingham industrial estate.

Lay left the unit and was arrested by police on the M6 motorway.

He was caught with two million illegal cigarettes inside the lorry. 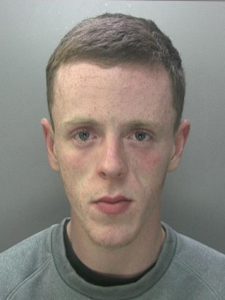 McLean played a leading role in the conspiracy.

He was the tenant of the unit and he received £84,980, in cash, into his bank accounts in the months leading up to HMRC’s intervention.

The men were found guilty of excise duty fraud and sentenced after a two-week trial at Birmingham Crown Court.

Mclean and Glossop were also convicted of money laundering.