East Lancashire haulier Earl Transport has continued its long association with TIP Trailer Services with the recent arrival of 14 new SDC 4.2m curtain-sided trailers that have been supplied by TIP on a five-year leasing arrangement, which also includes full repair and maintenance cover for the duration of the deal.

All 14 trailers are working on a contract for leading UK pet food and healthcare manufacturer Pets Choice, which has been a customer of Earl Transport for nearly 40 years. The new trailers feature a range of striking liveries each representing different brands in the Pets Choice portfolio.

Peter Hughes, Earl Transport managing director, said: “As part of our ongoing long term contract with Pets Choice, they approached us to add extra trailers to their distribution fleet to cope with the significant upturn in their business over the last 12 months. Without a shadow of doubt and based on our successful long term experience with them, TIP was the natural choice for us when it came to supplying us the new equipment.”

The relationship between TIP and Earl Transport goes back at least 20 years, not just with TIP, but originally with the Bell Trailers business which subsequently became part of the TIP organisation in 2015. TIP has previously supplied trailers for Pets Choice via Earl Transport, most recently in 2018 when an arrangement for 10 trailers commenced. As with those, the 14 new additions will be maintained by TIP’s local depot in Nelson.

The new trailers will be operating out of the main Pets Choice distribution centre in Blackburn, and are expected to cover approximately 80,000 miles per annum over their five year working life.

Mike Furnival, TIP Trailer Services UK&I managing director, said: “With over 20 years’ experience of their business, we are able to get closely involved with Earl Transport’s operation as they expand their business. These latest trailers, in really striking new liveries, reflect the strength of the three-party relationship between us, Earl Transport and Pets Choice, which has ensured that Pets Choice are able to operate their trailers in a manner that meets the needs of their specific operation.”

Dozens of former API Laminates employees made redundant when the business collapsed in February last year have won their legal battle against the business and secured a pay out totalling £111, 833.72 after a tribunal judged that the company had failed in its duty to its staff.

The flooring company, which formed part of the API Group, went into administration after its US parent closed all of its UK manufacturing sites – including in South Yorkshire, Cheshire, Lancashire, Bury and Stockport in Greater Manchester. While parts of the business were later acquired by competitors, more than 100 employees were made redundant.

Now, 32 former staff members will receive payments after an employment law tribunal found that API Laminates had failed in its legal obligation to formally consult with its staff during the ‘redundancy consultation period’. The pay out follows legal action carried out by employment law experts at Simpson Millar and comes in the form of a Protective Awards which have been claimed from the Redundancy Payments Service (RPS), which is part of the Government’s Insolvency Service.

Damian Kelly, head of employment law at Simpson Millar, said: “Being made redundant under any circumstances can be incredibly stressful. However, to be made redundant with little notice, and at the start of a global pandemic, was extremely distressing for our clients. We are delighted to have now secured a Protective Award for those affected, which will provide much needed peace of mind following what has been an incredibly tough year for anyone looking for work.”

A Protective Award is an award of compensation of up to 90 days’ gross pay that can be awarded by an Employment Tribunal for failure by an employer to follow the correct procedure when making redundancies. 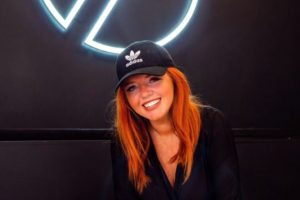 Search first creative agency, Rise At Seven, has been appointed as Boohoo and BoohooMAN’s retained SEO creative agency, to help accelerate digital growth across the UK and US markets. Earlier this month the company announced its expansion to a new Manchester office.

Carrie Rose, chief executive of Rise at Seven, said: “I am truly proud to announce that we have been appointed by both BoohooMAN and Boohoo for the UK and US markets. This means we have further expanded into the Boohoo group, joining existing clients Pretty Little Thing and Nasty Gal to grow their digital presence and support their extensive growth plans. We will be running cross-channel campaigns that tie in search, social and digital PR, and I have no doubt that the Rise at Seven team will excel on this account.”

Manchester-based Boohoo group has seen a 41% increase in revenue over the past year and has ambitious growth plans. Recent reports show that Boohoo’s revenue increased by 91% over the past two years and Boohoo is expected to see a revenue growth of 25% in the next year, and has onboarded Rise At Seven to support its ambitious development plans.

Jessica Routledge, head of digital of Boohoo, said: “We are excited to be working with Rise at Seven to help further scale our digital PR activity, with a focus on creating successful cross-channel campaigns. We’ve already got some great plans in place and we feel the partnership with Rise at Seven will help us take these to the next level.”

John McKinney, head of digital of BoohooMAN, said: “This collaboration with Rise will help BoohooMAN continue to disrupt the menswear fashion industry – Rise at Seven’s combination of creativity and campaign execution form a key part of our global strategy, we’re looking forward to getting started and bringing the ideas to life.”

The UK’s largest business group, Blackpool-based Federation of Small Businesses (FSB), is urging the Government to address rising input prices, lack of access to the right staff and trade disruption as its full second quarter 2021 SBI report, published today (August 23), highlights how these trends could stifle a nascent economic recovery.

Among the 1,500 respondents that contributed to the report, close to two thirds (64%) say they’re operating costs have risen over the past year. Four in 10 (43%) cite inputs such as raw materials as a contributor to the rise, an 11 percentage point increase on the same quarter in 2019. Labour (36%), utilities (28%) and fuel (26%) were also commonly flagged.

Despite a cooling in consumer prices, Office for National Statistics (ONS) figures produced this week showed growth in the headline rate of input prices of 9.9% last month. Elsewhere, more than a third of small firms (37%) cited access to appropriately skilled staff as a primary barrier to growth over the coming 12 months. Close to seven in 10 (70%) of those in the construction sector cited skills shortages as a barrier – those in the professional, scientific and technical (39%) and information and communication industries (44%) also consistently raised it as a concern.

The ONS flagged this week that there were 953,000 job vacancies in the three months to July, a record high. The study also reveals that on top of the one in five (23%) small exporters that have temporarily or permanently stopped selling into the EU, a further fifth (21%) are considering halting sales. More than half (53%) have had goods held indefinitely at EU border crossings since April and a similar proportion (45%) have lost goods in transit.

FSB national chairman, Mike Cherry, said: “Small firms are emerging from lockdowns under the strain of spiralling input and shipping costs, skills shortages, new exporting paperwork, emergency debt repayments, rent accruals and business rates. The Government should urgently move to mitigate cost pressures by reducing Employer NICs, which are serving as a jobs tax and yet another cost to think about in an environment where finding the right people is a nightmare. This government was elected on a manifesto that rightly promised to cut the jobs tax, and Ministers must rediscover that reformist zeal if they want to unlock growth within the small business community and secure our economic recovery.” 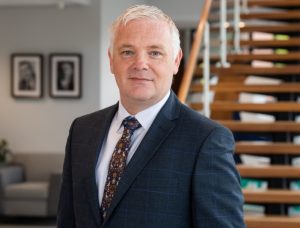 Wales and West Housing currently owns and manages some 12,500 homes and has an active development programme for new homes, with an ambition to build 2,500 homes over five years going forward. Under the contract, the intention is to deliver at least one site per annum with an average value of £4.5m.

Following the appointment, Anwyl Partnerships is already progressing with the early planning of several developments under the contract, including 43 apartments in Abergele and 35 dwellings in Prestatyn.

Mike Nevitt, managing director of Anwyl Partnerships, said: “This is an incredibly important partnership and to achieve sole provider status for the larger projects is a fantastic achievement, guaranteeing consistent work programmes with Wales and West Housing for the next decade. Our skills and experience within the social housing and extracare sector see us naturally partner with an increasing number of housing providers, both within North Wales and across the North West. The business continues to grow from strength to strength as we consolidate our position within our market place.”

Joanna Davoile, director of development at Wales and West Housing, said: “Anwyl Partnerships have been one of our key partners for many years in North Wales as we have grown our development programme to build more and more much needed affordable homes in the region. We are keen to make a difference to the wider economy in Wales through the high quality homes we build. This agreement with Anwyl Partnerships will help support businesses and jobs in the North Wales region.”