Grosvenor Britain & Ireland has announced the opening of a new upsized Hamleys store at its Liverpool One development following a recent interactive LEGO ‘Pop & Play’ event.

Both launches form part of the destination’s ongoing programme of unique, family-friendly experiences.

Following a successful year of trading, Hamleys has recommitted to Liverpool One with a more expansive store at 35 South John Street.

The iconic British toy emporium is set to open an immersive 3,000 sq ft store which houses an array of games, puzzles, arts and crafts, as well as the retailer’s own exclusive collections.

Liverpool One has recently hosted an activation from LEGO as part of the popular brand’s free ‘Pop & Play’ tour which is visiting five UK cities this summer.

Alison Clegg, director, asset management, Grosvenor Britain & Ireland, said: “Hamleys has had a successful past 12 months trading as part of Liverpool One, and we are delighted this has resulted in the retailer’s recommitment.

“The store opening on South John Street was timed around the visit of LEGO’s ‘Pop & Play’ tour, which was very well received and provided another great experience for families enjoying time at Liverpool One during the summer holidays.” 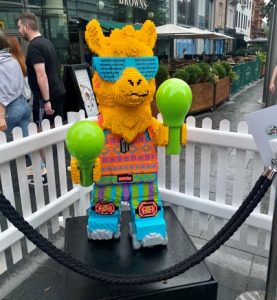 “It’s wonderful seeing all the smiling faces of families on their trip to the store. Now we have an exciting opportunity in a new location to continue spreading the joy, in a way that only Hamleys can and we are looking forward to see the little ones trooping in.”

CBRE and Metis acted for Liverpool One in the deal. CBRE acted for Hamleys.