The Government’s aim to increase National Insurance Contributions, and impose an increase on dividend taxation, has been slammed by the SME sector.

Prime Minister Boris Johnson yesterday broke a Party manifesto promise by announcing plans to increase National Insurance Contributions (NICs) for employers, employees and sole traders by 1.25%, as well as proposals for a 1.25% increase in dividend taxation, in an attempt to ‘fix’ the social care system.

His proposals will be voted on by MPs today (September 8).

But responding to the announcement yesterday, Federation of Small Businesses (FSB) area leader for Liverpool City Region, Michael Sandys, said: “These hikes will have business owners and sole traders feeling demoralised at the point when they’re trying to recover from the most difficult 18 months of their professional lives. For those thinking about starting up, they send completely the wrong message.

“Business owners who have done all they can to retain and support their staff during the pandemic are now being punished for that loyalty with an £11bn increase in NICs, which, essentially, serve as a jobs tax.

“This regressive levy hits employers and sole traders without meaningful regard for how their business is performing. And this increase will stifle recruitment, investment and efforts to upskill and improve productivity in the years ahead.

“At the same time, those running companies, many of whom were left out of pandemic support measures, face a fresh assault on dividend revenue.”

The Blackpool-based FSB believes the Government is detracting from previous measures aimed at helping small firms. Mr Sandys added: “It’s extremely disappointing to see the Government undermining the good work it did last year in raising the Employment Allowance to provide some protection for small employers.

“Instead of breaking manifesto promises, we had hoped this administration – which has repeatedly pledged its support for small enterprises – would build on that progress against a backdrop of spiralling input prices, skills shortages, supply chain disruption, the reintroduction of business rates and emergency loan repayments.

“This move marks an anti-jobs, anti-small business, anti-start up manifesto breach. The Government should now increase the Employment Allowance to mitigate the damaging impacts of these hikes on the small firms that make-up 99% of our business community.”

“Investors and the self-employed will collectively pay £600m more in tax as a result of the move. However, it will be felt the most by company directors, including the self-employed and contractors, who pay themselves via company dividends in addition to salary.

Laura added: “To be in that position you’d have to have a portfolio of over £50,000 if it was yielding four per cent a year and the Government estimates that around 60% of people who have dividend income outside of ISAs will not see a tax increase next year.

“Those who receive dividend income have faced a series of tax hikes in recent years, with the tax-free dividend allowance being slashed by 60% from £5,000 to £2,000 in 2018 and a rise in tax rates before that.”

Meanwhile, Carlisle-based accountants and business advisers Armstrong Watson warned that an increase in National Insurance contributions for businesses could discourage the creation of new jobs and potentially put some at risk.

While the intention is that Boris Johnson’s tax hike will help the NHS recover from COVID and fund a new social care plan, CEO and managing partner, Paul Dickson, suggested it will also create a significant burden for businesses.

He said: “This increase in NI will have a big impact on business.  It is effectively a tax on businesses for employing people.  It will create a significant additional burden at a time when they will be dealing with the aftermath of the pandemic.

“Not only are businesses trying to navigate out of the economic fallout of the pandemic, they are also facing greater costs, and now they are being hit with a tax because they employ people.

“There is no correlation to profits. If a business was making more profit, then I think increasing tax by 1.5% would be more bearable, but it isn’t, this announcement taxes businesses based on their salary bill.” 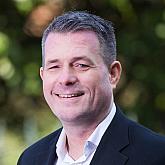 He added: “This increase in NIC will discourage the creation of new jobs and will potentially put some positions at risk. The Government should be looking at how they can support businesses to create jobs, thereby creating more wealth to be taxed.”

Tax partner, Jim Meakin, said: “There is some hope for smaller businesses, however, as those who benefit from employment allowance – around 40% of businesses according to Government stats – may not be affected, but it comes at a time when not only are many businesses struggling to recover from the disruption caused by the pandemic, they are also seeing employment costs rise because of a scarcity of labour.

“This cost will either eat into the budget employers have from which to fund pay rises or employ additional people, or it will create additional employment cost which will be passed on to consumers and add to inflationary pressures.

“The cap on social care costs, which comes as a quid pro quo to the levy, is to be welcomed, but this will generally be of greatest benefit in parts of the country where property values and the consequent wealth are higher.”

Kamani Property Group and Capital & Centric team up or £50m...