The deal will help supercharge international expansion, build out Sneak’s distribution channels and support the business as it continues to disrupt the traditional energy drink market with its creative approach to marketing and ecommerce.

Sneak, which was founded in 2018 by experienced consumer entrepreneurs Will Peirce and Jonny Teeling, is the product of many years of working together having founded a number of successful direct-to-consumer brands within the health and wellbeing space.

In Sneak the pair have developed a strong brand identity, featuring an instantly recognisable rabbit logo, and built an engaged customer base who are fully invested in Sneak’s business model, buying into market ‘drops’, with Sneak’s limited edition boxes often selling at five times their original sale cost on secondary markets.

The result of this creative approach to commerce is that the business has grown by more than 200% annually in the past three years and is expected to generate £30m in sales next year.

Sneak has created an alternative to many of the legacy energy drinks on the market by producing a clean, powdered energy formula in tubs and sachets, as well as pre-mixed cans.

Its range of flavours, which are sugar free and made entirely with natural colours and flavours, are more suited to the next generation of consumers that care about the ingredients in their products. Notably in tandem, Sneak’s strong and vibrant brand identity resonates with its core customer base of new media creatives and gamers and features across its range of merchandise and lifestyle apparel.

The deal, which represents the first investment by True from its recently announced Fund III, will support co-founders Peirce and Teeling to explore retail options and build out Sneak’s distribution channels, from the strong digitally-led foundation it has today, as well as accelerate international expansion. Currently more than half of Sneak’s customers are in the UK, with a third in the US and growing.

Sneak co-founder, Jonny Teeling, said: “Will and I are delighted to have found an investment partner that slots in so naturally to our company. The team at True seemed to get us and the Sneak brand straight away.

“They place people and culture at the top of the priority list, which was highly important to us and overall, they seem very different, and more human, to how we’d imagined private equity investors to be. We’re really excited to have True alongside us for this next phase of our journey.”

True co-founder, and Sneak board member, Paul Cocker, said: “Jonny and Will have done a fantastic job of bringing a clean, differentiated energy drink to market and creating a brand that truly resonates with Sneak’s core customer base of next generation gamers and creatives.

“They’ve also built a fantastic team and a culture that’s very aligned with our own – they’ve been deliberate in trying to find a partner that can help them with the next stage of their growth and we are looking forward to utilising both our digital expertise and our international network across grocery and retail.” 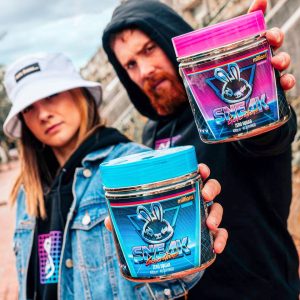 Richard Hunt, partner at law firm Addleshaw Goddard, said: “Northern enterprise has developed at pace in recent years, with some of the most well known brands leading the way in the digital revolution – and Sneak is one of those disruptors.

“Spotting a gap in the ever growing gaming market, Sneak developed products that were a healthier alternative to existing energy drinks and have grown exponentially in just three years both in the UK and internationally. This funding tranche is testament to Jonny and Will’s vision and entrepreneurial creativity in establishing Sneak as a disruptor brand and will cement its position as a market leader in this space.”

By joining the portfolio Sneak will become part of a network that spans from the emerging technologies and early stage disruptors of the industry, such as workplace mental health platform Unmind and fulfilment technology Huboo Technologies, through to the leading retailers and consumer groups that sit in True’s innovation programme such as Morrisons, Coca-Cola European Partners and 7-Eleven.

The acquisition comes at a time following a number of key milestone accomplishments at True, including raising a new £275m private equity fund and becoming one of only a few investment firms globally to achieve B Corporation Certification.