Freedom Fibre, the alternative network provider founded by tech entrepreneur and former TalkTalk boss Neil McArthur, is on target to plug 50,000 homes into its network.

Launched in 2020, Freedom Fibre has started rolling out Fibre-to-the-Premises broadband network across rural parts of the North West and aims to deploy its “full fibre” network to 100,000 properties in the region by the end of 2022.

It has now accelerated its roll out after securing a second round of equity injection and expects to exit the year with £30m of capital as part of its continued scale and growth plans.

Freedom Fibre is currently delivering ultra-fast broadband to an initial build of 5,000 homes in Culcheth, Cheshire through its extensive use of existing infrastructure.

This initial project is now nearing completion, and the first customers in the village have been connected to ultra-fast broadband.

A target to give full fibre access to 12,000 homes in Culcheth and other North West areas is on track for the end of this year.

Freedom Fibre has also signed a wholesale agreement with TalkTalk to take its fibre optic connections and will be seeking to add other ISPs as it scales.

The deal enables TalkTalk to offer ultra-fast broadband services to consumers in semi-urban areas across the region. 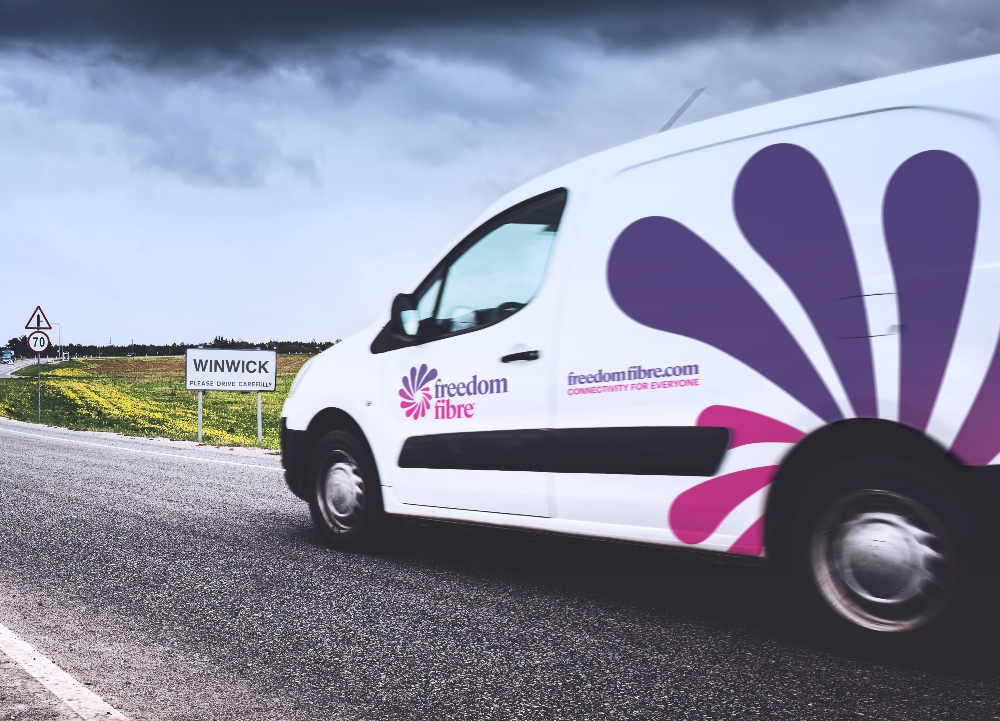 Mr McArthur, who founded Opal Telecom, which led to the creation of TalkTalk, said: “Freedom Fibre firmly believes full fibre should be a right, accessible to all, and not a privilege.

“We are delighted at the progress of the business to date and look forward to expanding our network as part of the Government’s drive to roll out gigabit broadband to homes and businesses across the nation.”

McBride slides to annual loss but achieves financial re-set with...