A former metalworks site on Vauxhall Road in Liverpool has been brought to market by the UK residential development team at CBRE.

The strategic residential development site sits in a growth area of Liverpool with many surrounding development schemes in the pipeline. CBRE is acting on behalf of Pumpfields Regeneration Company.

The former metalworks, situated in Vauxhall to the west of Liverpool on a 0.67 acre site, has now been demolished for development.

Almost 1,900 units are in the area’s residential development pipeline including Freemasons Row to the east, Layork Road to the west, and Oriel Street to the north.

Ashley Anderson, senior surveyor at CBRE Manchester, said: “The site is in a rapidly emerging position in Liverpool with a wide range of doorstep amenities and has potential to be part of a thriving residential community adding to the existing schemes in the development pipeline.” 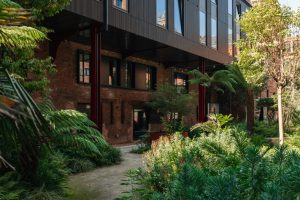 Manchester brewery Cloudwater is the latest independent business to set its sights on the Kampus garden neighbourhood, with plans for a new flagship venue.

Punters will also be able to soak up the summer sun, with outdoor seating in the Kampus garden and the new square on Chorlton Street. Terms have been agreed on the 3,798 sq ft space at the neighbourhood, being developed by Capital&Centric and HBD, with the brewery eyeing a spring opening.

The brewery is the latest big name to join Kampus which, with the likes of Nell’s, General Store, Beeswing, Great North Pie and Pollen also signed up, is fast becoming a haven for some of Manchester’s most-loved indies.

From brewing their first beers on Valentine’s Day in 2015, Cloudwater creates evolving and seasonal beers. In 2020, it brewed the equivalent of more than one million pints.

Paul Jones, co-founder of Cloudwater, said: “We’re looking forward to joining the community at Kampus, which already includes a number of outstanding independent operators who are a major credit to our city.”

Cloudwater at Kampus will become the brewery’s biggest location to date, complementing its existing tap room in London and the Sadler’s Cat pub and Unit 9 tap room in Manchester.

Adam Higgins at Capital&Centric, said: “Cloudwater are a perfect fit for us … a homegrown indie businesses who’ve made good with their world class beers, helping put Manchester brewing on the map. It’s amazing that they’ve chosen Kampus for their biggest venture yet and we can’t wait to see what they will deliver.” 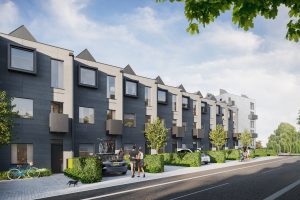 Manchester-based modern housebuilder, House by Urban Splash, has unveiled a new image showing what the last ever phase of houses will look like at New Islington, its waterfront neighbourhood in central Manchester.

Having launched its first modular homes there in 2016, the company will reach a major milestone this year, completing 13, three-storey Town House homes at Marina Gardens. The homes will stand facing the first Town House properties at the heart of New Islington.

Each of the new Town House homes comes with a driveway for parking, a private garden and access to a new communal residents’ garden, as well as all New Islington has to offer, including new bars and restaurants along the Marina front.

Toby Brown, from House by Urban Splash, said: “This is a pivotal time for us as we create the final family houses at New Islington.

“While we have scope for future apartments here, these are the last houses that will be on offer in an area that has become very popular with families in recent years.”

The announcement comes as House by Urban Splash also announced that its prior phase of houses at Stubbs Mews on the north eastern end of New Islington has also now completely sold out. These three-storey homes each feature a terrace overlooking the Ashton Canal and will all soon be occupied by new residents. 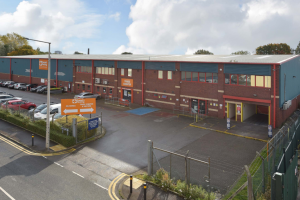 The properties comprise a 130,000 sq ft distribution unit in Sheffield let to Kuehne+Nagel, which was acquired with a term certain of two years, and a 33,000 sq ft last mile unit in Manchester, within the M60, with 3.5 years to expiry. Both assets have reversionary income profiles.

Will Hunting, director and head of Investment at Vengrove, said: “We are really pleased to have acquired the next two assets for VREIP. These acquisitions are in line with the fund’s strategy of purchasing well located assets with strong fundamentals that are immediately accretive to the portfolio.”