A Merseyside man who claimed more than £500,000 by submitting fraudulent VAT repayment claims, and avoided paying his creditors, has been jailed following a joint investigation by HM Revenue & Customs (HMRC) and the Insolvency Service.

One of these, McClean Energy, was used to submit most of the claims. It was run by Black’s right hand man Desmond Fazackerley, 59, from Failsworth, Manchester.

The men falsified and altered invoices received from legitimate companies. In total, £593,000 was claimed for and £284,000 was paid out.

Black fraudulently transferred £350,000 out of his failing company, Ecogreen Renewables Ltd, before it was wound up, to avoid paying the company’s creditors. The money was transferred to Phoenix Interiors (North West) Ltd, a company he and his wife Helen, 51, were directors of. 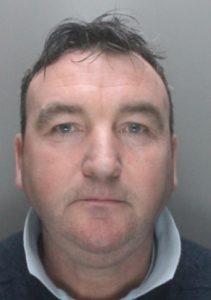 He later committed perjury by falsely claiming that the money was moved because Ecogreen owed Phoenix a debt of twice this amount. This put the false debts ahead of genuine payments owed to other creditors.

Helen Black enjoyed the fruits of her husband’s fraud by spending the stolen money on holidays and enjoyed a higher standard of living than she would otherwise have been able to afford.

Sandra Smith, assistant director, Fraud Investigation Service, HMRC, said: “The majority of individuals and businesses pay the tax that is due, but Hugh and Helen Black and Desmond Fazackerley are the exception. No crime is victimless. Their greed robbed our vital public services of much needed funds.

“HMRC is on the side of the law abiding majority. By tackling the most serious forms of tax crime we are creating a level playing field for businesses and citizens. We are determined that they shouldn’t be disadvantaged or impacted by the criminal actions of others. Anyone with information about tax fraud should report it to HMRC online.”

Julie Barnes, chief investigator for the Insolvency Service, said: “Hugh Black knew that his company could not pay its debts and was about to enter insolvency, but this did not stop him fraudulently transferring thousands of pounds to his wife’s company.

“What’s worse, the cladding installer fabricated debts to kibosh the genuine claims of one of his creditors, worth hundreds of thousands of pounds, and his wife was fully aware of these deceitful activities. 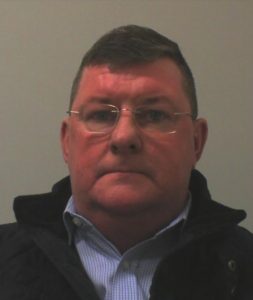 “The courts have rightfully recognised Hugh and Helen Black’s dishonesty and their sentences should serve as a stark warning to other directors that you have a clear duty to pay your debts and refrain from concocting false documents.”

Hugh Black pleaded guilty to conspiracy to fraudulently evade VAT, two counts of fraud in anticipation of winding up, and knowingly making a false statement.

Desmond Fazackerley was sentenced to three years in jail.