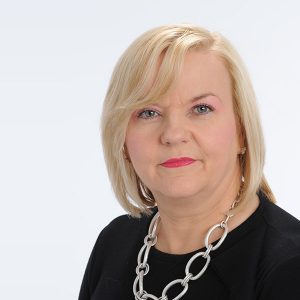 ‘Government bets big on nuclear’, read the many headlines accompanying the launch of the UK’s Energy Security Strategy.

The strategy, which aims to ramp up domestic energy supply whilst making strides toward achieving net zero, leans heavily on nuclear alongside other methods such as offshore wind, hydrogen and solar.

This is really good news for the UK’s energy security. For many years we’ve called for long term certainty on nuclear energy generation and the creation of a nationwide body to coordinate this low carbon investment.

The strategy does that, setting the ambition for 25% of our projected electricity demand to come from nuclear by 2050 and creating a new body – Great British Nuclear. Investment now needs to follow.

It is also good news for both Cumbria and the wider North West. Our region has the necessary skills and know-how that has established us as the UK’s centre for nuclear excellence, home to regulators, operational facilities, supply chains and nuclear-specialist universities.

Let me put that in context … today, the North West boasts more than 400 supply chain companies employing 8,000. Over 40% of the UK’s nuclear workforce are here in the North West, of which 24,000 are in Cumbria.

That didn’t happen by accident. It’s the product of the hard work, collaboration, tenacity and innovation of sector leaders to put the region at the forefront of nuclear evolution over decades.

The challenge now is to secure the North West’s central role in Britain’s nuclear future.

The strategy specifically references large fission facilities to be built in the south of England and Anglesey. Cumbria and the region must also be part of the next nuclear chapter – enter nuclear fusion.

West Cumbria’s Moorside is one of the final five shortlisted sites to host the first-of-kind Spherical Tokamak for Energy Production (STEP), facility. This prototype plant will pave the way for the development of commercial power plants, capable of supplying an abundant supply of low carbon, clean energy.

Set to be operational by 2040, this revolutionary project would create highly skilled jobs and spearhead commercial rollout of the technology in the UK and around the world.

A decision will be taken on the chosen site by government later this year. There’s been much talk about levelling-up and investments that are catalytic for the growth of communities – this really is one of those. 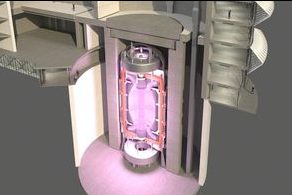 Moorside is the right choice. We were first for nuclear fission, and once again we can be first for fusion.

Importantly, this will have a significant positive impact on our businesses and communities.

Choosing Moorside will build a long term future, one built on the region’s rich nuclear heritage, creating more opportunities for the businesses already serving the industry alongside our wider business base, our region’s academics supporting both research and skills development and high quality employment for the families that live in Cumbria and the wider North West.

Not only do we know that the Moorside site is prime for nuclear development, we know there is an economic challenge to meet head on. There’s currently a 23% productivity gap between Cumbria and England’s average, with a historic imbalance in research and development funding into the North West.

Moorside, alongside sustained investment in other nuclear technologies such as modular reactors, would be a significant step forward in closing that gap.

We’re ready to work as a partner to government and the new Great British Nuclear to deliver on these latest promising nuclear commitments – and encourage all communities and businesses to back our bid for STEP at Moorside.

It’s clean, green, safe, abundant and closer than you think.

Hospitality sector working to lessen staffing impact of Brexit on...

Business without barriers – supporting disabled people and those...

Where next for Levelling Up?

Assessing the sustainability credentials of a building … what to...

Chancellor needs to provide reassurance to business owners like us