PM+M, the chartered accountancy, business advisory and financial planning group, has strengthened its Bury team with the appointment of Jordan Clark as its newest financial adviser. Jordan joins the firm from Platinum Independent Financial Services. Before that he worked at W&Co Financial Planning.

Jordan studied at Sheffield Hallam University where he achieved a BA (Hons) in International Finance and Investment. Over the past two years, he has focused on building and maintaining client and introducer relationships as well as business development activities.

He also holds the Level 4 Diploma in Regulated Financial Planning and PM+M will be supporting his plans to complete all Chartered exams by the end of 2022.

Although he will be primarily based in Bury, Jordan will also be working closely with his colleagues at the Blackburn office. His new role in the expanding financial planning team will see him provide advice on pensions, investments, tax and estate planning, lifetime cashflow planning, protection and PM+M’s Court of Protection offering to a broad range of private clients, business owners and corporate clients.

Jordan said: “My focus will be working to build on our profile in Bury and across the wider region and to deliver a first class service to our clients.”

Helen Clayton, partner and head of PM+M’s Bury office, said: “Jordan is a talented, young financial adviser with a real desire to succeed and deliver for his clients. Those attributes really stood out and we look forward to seeing his career flourish over the next few years.”

Castle Green Homes has appointed Chris Grady to the new role of legal director in support of its continued growth.

Prior to joining the St Asaph-based homebuilder, Chris was a partner at Weightmans in Liverpool. Chris, who joined the business in April, is currently running the in-house legal department in a solo capacity, which he acknowledges is one of the challenges he faces in his new role.

He said: “It will be a balancing act managing the legal requirements of the different departments and managing external providers of legal services involved with the sale of new homes.

“A typical day will include meetings and discussions with the land team, dealing with transactional files and working with the technical and sales teams to assist with any of their legal needs.” 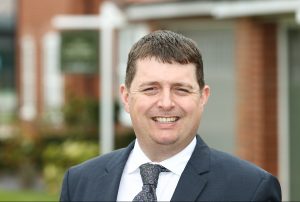 He added: “Castle Green Homes were previously a client of mine at Weightmans and I knew the company and their team well. When I was approached about becoming their legal director it felt like the right move and I’m excited about getting involved in new projects with my new colleagues and being part of their ambitious growth plans.”

Castle Green recently revealed a fifth set of record results for its last financial year. The number of homes legally completed in the 12 months to March 31, 2022, was up nearly a third to 280, while turnover climbed almost 45% to £78m.

Over the past 12 months, Castle Green has increased its directly employed workforce by more than a quarter and as the business continues to grow, Chris will require additional support. He said: “Over the next five years I envisage there will be further recruitment enabling us to build a full service in-house legal team.”

Chris completed a law degree at Liverpool John Moores University, followed by a post-graduate legal practice course at the college of Law, Chester.

He joined Mace & Jones in its residential development team in October 2007. The company merged with Weightmans in 2011 and five years later Chris was promoted to partner.

Gwyn Jones, chief executive, said: “Recruitment and staff retention will be key to the continued growth and success of the business. Having worked closely with Chris previously, he was the ideal candidate for the new role of legal director, bringing with him a wealth of experience. It’s our vision that, as time progresses, he will lead our in-house legal team.” 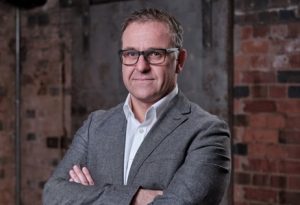 HBD’s project management team has seen rapid growth in recent months as its development pipeline has continued to expand. Several new roles have been created to support in delivering a range of new projects that will be starting on site across its seven offices.

The developer is involved in a range of exciting schemes across the UK, from BTR projects in Manchester and Birmingham, through to game changing commercial schemes like Island, its first net zero zero scheme, and the £1bn Golden Valley Development in Cheltenham. 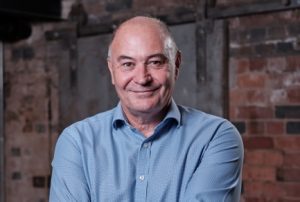 Industrial and logistics remains a major focus for HBD, with several large scale, strategic schemes under way, including the International Advanced Manufacturing Park (IAMP), Phoenix 10 in Walsall, one of the largest undeveloped brownfield sites in the West Midlands, and New Horizon, the redevelopment of the former Imperial Tobacco Factory in Nottingham.

Ed Hutchinson, managing director of HBD, said: “Our in house project management team is key to HBD’s success in consistently delivering the high quality, strategic schemes that HBD is known for. I’m very pleased to be able to announce the promotions of Kieran and Nigel – they both benefit from a vast amount of experience within our key sectors, and I’ve no doubt that the team will go from strength to strength under their leadership and guidance.”

HBD has seven offices across the UK, including Manchester. It focuses on three key sectors: industrial and logistics, urban regeneration and residential.

Ben Cowlishaw and Roselyne Zekia have both joined as junior consultants based at Realm’s headquarters in Altrincham. They will both progress through Realm’s proprietary training programme, to become practice area specialists in recruiting legal professionals “the right way”. 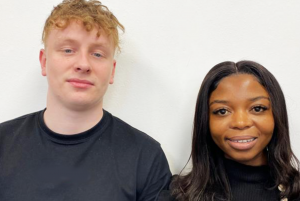 Working within Realm’s private client division, Ben will focus on recruiting for the residential property market in the North West. Roselyne joins Realm directly from the recruitment sector and, like many of Realm’s consultants, has a legal background. She will be working as part of the business’s commercial division, focusing on the recruitment of commercial insurance lawyers.

Ben and Roselyne’s arrival comes in the wake of the business’s most successful Q1 to date, with turnover up 17% on the same period last year. Realm’s managing director, Duane Cormell, said: “I’m thrilled to welcome Roselyne and Ben to Realm as we continue to grow as a business. Last year, Realm hit £1m in turnover and we’ve recently celebrated our most successful month to date and our strongest start to a year since Realm was established just over six years ago.

“Their joining will help us to further increase our coverage of the commercial insurance and residential conveyancing markets, improving our service to our law firm clients, and takes the team to a headcount of 19, solidifying our position as the largest team of legal recruiters focused on servicing the North West.”

As a result of these successes and growth, Craig Easterbrook is returning to Leasing Options as affinity and AR manager with the remit to work with the leasing company’s portfolio of affinity partners, while also extending it. Easterbrook will also be available as the first point of contact for present and future appointed representatives and even those looking for acquisition. 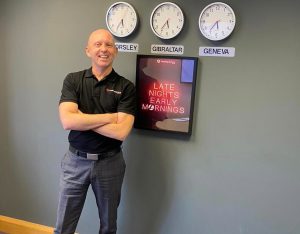 Mike Thompson, chief operating officer, said: “Leasing Options has an incredible partnership network and we have worked hard over the past 32 years to build it up. Craig’s appointment is a reflection of this hard work and a demonstration of our commitment to grow these relationships further and extend both our affinity and or AR schemes.

“Welcoming Craig back to the Leasing Options family is fantastic. He knows the business inside and out, but also has unrivalled industry knowledge and contacts which will help us achieve our ambitious goals.”

Easterbrook said: “After a number of years working with, or alongside, brands such as Jaguar Land Rover, Mini and BMW it’s great to be back at the business at such an exciting time. The innovation, drive and passion shown by the senior leadership team has made it an easy decision to come and play a part.” 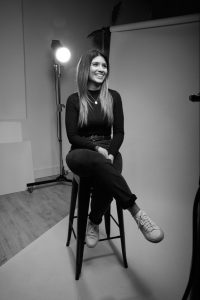 Feeza Patel and Phoebe Maxwell join at the Manchester base, where they will be responsible for leading on marketing, launching new divisions and client services.

Joining Engage Hub as account director, Feeza brings experience from a career in client services across various agencies in the North West, most recently as senior account manager at seventy7. During this time, she has led a range of multi-platform projects for global clients across creative, social, photography, video and digital.

Feeza said: “I can’t wait to see where the next year, and beyond, takes us.”

Phoebe Maxwell joins in the role of head of marketing, bringing her experience from heading up the marketing team at Kairos Group. At Kairos she built a reputation for challenging the existing agency landscape through a disruptive and attention grabbing media strategy, during a phase of accelerative growth for the agency. 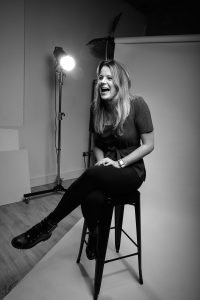 In her new role, Phoebe will oversee all marketing, with particular focus on the launching a number of new divisions, as Engage Hub evolves into Engage Group.

Phoebe said: “I’m excited to be part of Engage Hub as they embark on this incredible journey. The growth this year is going to be huge and I can’t wait to be part of it. The whole team is passionate and enthusiastic and I know we are going to achieve big things.

“I look forward to continuing to steer the marketing effort on a number of key projects to spearhead our growth ahead of our biggest ever year.”

Ray Sherlock, founder of Engage Hub, said: “With the accelerated growth of the agency in 2022, it’s imperative we bolster our leadership team with the best talent in the North. I’m incredibly excited to have Phoebe and Feeza on board.”

Founded in 2015, Engage Hub operates out of its offices in Manchester and London. Since inception it has worked with a diverse client roster including H&M, Gorillas, Molson Coors and Emma Sleep.