The winners of the 2022 Northern Leadership Awards were announced at an awards ceremony attended by business leaders and professionals from across the region. 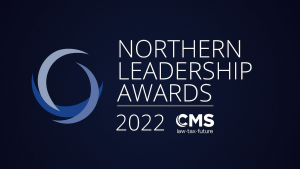 Around 300 people attended the awards night held at The Queens Hotel, Leeds, which recognised those individuals and organisations that have shown resilience, innovation, and strength over the past year.

The awards which this year followed a half day Northern Leadership Conference were sponsored by international law firm CMS Grant Thornton, Air IT, Quarterdeck and Oxygen Enterprise Partners shone a light on the fantastic leaders from across the region with each winner highlighting the crucial role played by their own workforces. 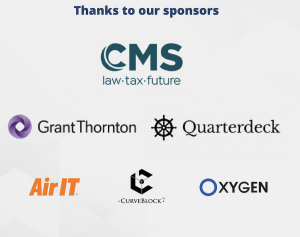 The 2022 winner of the Overall Leader of the Year category was David Bond, of Sheffield Forgemasters, who dedicated his accolade to Sheffield city.

He added: “Sheffield Forgemasters is a venerable company that has been around for hundreds of years. We try to make sure our investments go to local companies and we have a big apprentice workforce.”

The event was hosted by TheBusinessDesk’s joint managing director and editor-in-chief Alex Turner with Melanie Lewis, chief executive of the Shakespeare North Theatre sharing her experience of leading the  launch of the new venue which will open later this year.

Company Leader (up to 100 employees) 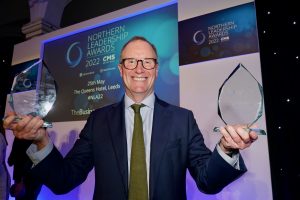 Leader of the Year

Ben Ormsby Yorkshire editor of TheBusinessDesk.com said: “The approach to leadership has continued to evolve as the UK economy continues to respond to adverse conditions caused by not just a global health crisis, but war, rising interest rates and more.

It is with this in mind that we truly are delighted that tonight we’re all here in person to celebrate the businesses and people who have demonstrated the importance of leadership!

“Our shortlist and winners showcased the best of the region and demonstrated how strong but empathetic leadership can empower businesses and their people to greatness.

“We were proud to celebrate with them and it was great to see so many leaders from across the North come together tonight in Leeds.”