Discount retailer B&M failed to quite match its stellar performance through the pandemic but has “sustained the step up” it benefitted from. 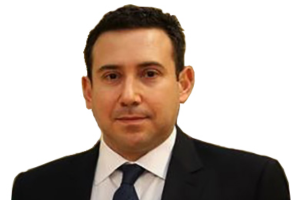 The Liverpool-based retailer has also revealed its chief financial officer, Alex Russo, has been chosen to succeed Simon Arora as chief executive.

Arora, who has led the business for 17 years, had previously announced his intention to step down next April.

Russo joined the retailer in October 2020, having held senior finance roles at Tesco, Asda and Wilko.

B&M’s chairman Peter Bamford said: “Since joining the group, Alex has made a very positive contribution to the business. He has demonstrated strong leadership skills and a deep appreciation of the B&M culture and business model, making him the outstanding candidate for the role.”

B&M’s outgoing chief executive Simon Arora is confident that the retailer is in a good position to benefit from the challenging economy.

He said: “The retail industry is facing inflationary pressures whilst our customers are having to cope with a significant increase in the cost of living, making spending behaviour in the year ahead difficult to predict.

“However, we have seen before that during such times customers will increasingly seek out value for money, and B&M is ideally placed to serve those needs. As such, we are well positioned to support the communities in which we trade and continue our long-term growth strategy.”

Liverpool’s plea for business support in face of cost of living...

Liverpool One builds on flurry of openings with its latest two...

Boost for Arndale with new fashion retailer and clutch of lease...