Approval for a new office scheme in Manchester’s Upper King Street Conservation Area has been recommended by the city’s planning committee.

Councillors deferred consideration of the scheme at last month’s committee to enable them to visit the site, at 50 Fountain Street.

The application involves the demolition of a 1970s extension to a Grade II-listed building, and the creation of new six-storey office development, including a rooftop pavilion and terrace, accessed through the retained original Victorian entrance at 49 Fountain Street.

The new build would comprise glazed and aluminium panels.

However, a range of objections to the scheme claim that that design is “brutal and thoughtless on a site in a conservation area surrounded by listed buildings and heritage assets”.

Another says the proposal pays no relation to its neighbours and is too high. It says this would detrimentally affect amenity, the street scene and Victorian heritage.

Notes to the committee say that construction will generate 391 direct full time equivalent jobs over the duration of the construction period and through direct investment. During the operational phase, the commercial space will directly support 340 jobs.

The number of employees will generate GVA worth more than £35m per year, with wages totalling £14.5m, a considerable proportion of which will be spent locally. 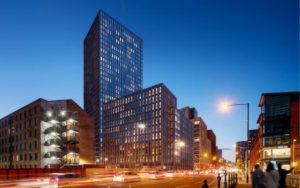 Another scheme is back before the committee, which was “minded to refuse” the application at the previous meeting on the basis of the size and scale and its impact on the conservation area.

However, the recommendation for this meeting is to approve plans for 485 homes with two commercial units in a part-34, part-11, part-nine, part-seven-storey building in Port Street, Piccadilly ward.

A total of 211 letters of objection were received from two rounds of notification, against 34 letters of support.

Many did not object to the principle of the site being developed, supporting the creation of more housing with appropriate facilities and were keen to see it brought back to life, but they objected to the form of development.

But the scheme is back for consideration and planning officers are recommending approval, with committee notes saying: “Officers have worked with the applicant in a positive and pro-active manner to seek solutions to problems arising in relation to dealing with the planning application. This has included ongoing discussions about the form and design of the developments and pre application advice about the information required to be submitted to support the application.” 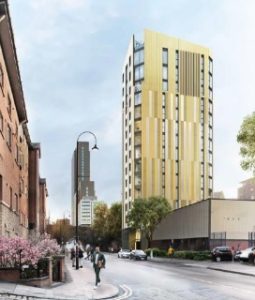 Approval is also slated for another proposal in Piccadilly ward, in Store Street, to build a 15-storey block, creating 54 apartments.

The committee deferred consideration at last month’s planning meeting in order to carry out a site visit.

There are 31 objections and one letter of support. The objections relate to the design and scale, townscape, affordable housing, amenity including sunlight and daylight, privacy and living conditions of adjacent residents, traffic, highways and parking provision, loss of trees and biodiversity and the consultation process.

The committee will consider the applications at its meeting next Thursday, June 30.