Housebuilder Redrow has appointed three members of its team as directors within its NW division.

Anna Evans-Kerr has been promoted to sales director, Gareth Stansfield to land director and Paul Murray to strategic land director.

All three employees are based at the housebuilder’s Daresbury Park HQ and will oversee developments across Cheshire, Merseyside and North Wales.

Anna, who has a wealth of sales experience, joined the company as a sales consultant nine years ago and has risen quickly through the ranks.

She said “The business is targeting significant growth over the next few years, with the number of sales outlets and home completions set to increase. As sales director I have the challenge of ensuring that the team delivers the sales required to meet these ambitious targets, as well as making sure we provide the highest standards of customer care. I am confident that, with the team we have in place, this will all be achieved.”

Redrow’s new land director Gareth Stansfield joined Redrow as land manager in 2013. As land director, Gareth works with land agents and owners, local authorities, consultants and other developers, overseeing the acquisition of sites across the region.

He said: “It’s an exciting time to step into the new role, the Redrow North West region is well established and one of the largest across the country. We’re looking to secure additional land to continue its growth.”

Gareth works closely with long term colleague Paul Murray, who has been promoted to strategic land director. Paul joined the team straight from university in 2013 as an assistant planner, progressing to planner, senior planning manager and then head of planning in 2020.

Paul said: “In running the strategic land arm of the business of the North West, I deal with landowners and agents who are looking to secure planning permission on their sites by taking a longer term view to promote their land through the planning system.”

Jackson joins the Newton-le-Willows-based national construction equipment hire and services provider as chief digital officer (CDO) from furniture giant Ikea, where he held the same position in the UK & Ireland.

He brings two decades of experience to the hire giant having led CRM, e-commerce, home delivery and data analytics strategies for several other household consumer brands, including Sainsburys and Argos. The appointment follows Speedy’s launch into the DIY market with a dedicated digital ordering platform for consumers to hire tools and equipment and a network of concessions across 36 B&Q stores nationwide.

Jackson will join the business’s executive board and will be responsible for enhancing the firm’s digital proposition across its customer base, from consumers to large contractors.

Russell Down, Speedy chief executive, said: “Creating a market leading digital proposition is a strategic priority for our business as we expand into the DIY market. We need to benchmark ourselves beyond the hire sector to be truly successful.

“Paul’s wealth of experience in building online strategies for leading consumer retailers will be vital as we grow into the DIY market, while also meeting the needs of our entire customer base from small trades to large contractors.”

Paul Jackson said: “This is a really exciting time to join Speedy. The DIY market offers huge potential for growth and our 200-strong UK wide service centre network provides a fantastic foundation to build a digital strategy that will simplify and enhance the customer experience for consumers and businesses.”

The fast-growing Manchester branch of PJA has welcomed two new team members and moved to a bigger office as it celebrates its second year in the city. 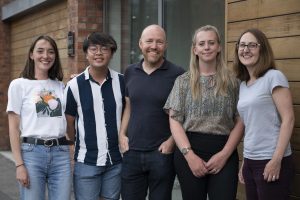 The new office, located in Hilton Square in the Northern Quarter, is close to public transport links with the city’s main rail, bus and metrolink interchanges within a five minute walk.

Chris Sibthorpe, director of the Manchester office, said: “I couldn’t be more proud of the team here in Manchester. Since we launched in June 2020, our office has gone from strength to strength in what have been really challenging circumstances. We made a conscious decision when restrictions were eased to encourage hybrid working but having face to face contact has had a hugely positive impact on creativity and the team’s energy levels whilst still maintaining the flexibility that working from home provides.

National law firm Freeths has announced further expansion of its national employment team with a number of strategic appointments. 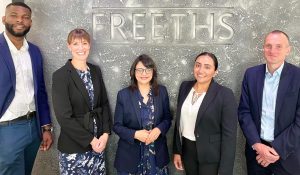 Rena Magdani, national head of employment, pensions and immigration, said: “These four new hires reflect the continued growth and success of our employment practice, which is nationally recognised for providing highly responsive, commercial and pragmatic advice to our valued clients.

“We have seen a significant increase in demand for our services since the pandemic and in light of the challenging economic conditions that employers are facing. We are actively looking to recruit and develop further high calibre lawyers across our offices nationally.”

Lee Ashwood said: “The opportunity to work with talented, commercially-minded, entrepreneurial solicitors known not just for their excellent client service but for being genuine people as well was too good to turn down.”

Altrincham-based legal attraction, retention and recruitment consultancy, Realm Recruit, has welcomed a new consultant to its specialist team and made three promotions as part of its continuing growth strategy.

Maggie Rugadza joins Realm as a recruiter specialising in commercial insurance roles. Like many of Realm’s consultants, Maggie has a legal background, having worked as a fee earner for several years at some of Manchester’s leading insurance law firms. 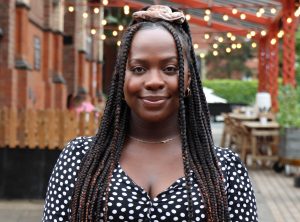 Realm’s managing director, Duane Cormell, said: “I’m really pleased to welcome Maggie to Realm and I’m confident she will be a fantastic resource, not only for us, but for the multitude of firms acting in the highly specialised and competitive area of commercial insurance.

“I’m also delighted to have been able to promote Joseph, Kelly and Rebecca. All three have been with Realm since almost the very beginning and have made a fantastic contribution to the business during that period, whilst championing our core values of being human, dynamic and collaborative.”

North West law firm Napthens has bolstered its core practice areas, with 35 new appointments in the first half of 2022.

Key additions include director of strategy and development Ben Sears, who will lead digital transformation of the firm, as well as oversee its project management team and chair its strategy committee.

Ben has a background in software engineering, having led global development teams for international data science companies such as Experian. He specialises in the development of software products, particularly those involving deep analytics, data science and artificial intelligence.

Senior associate solicitor Jennifer Rogers brings more than 10 years’ experience to the firm’s litigation practice. Joining from Weightmans where she primarily focused on property litigation and housing management, she will be based at its Liverpool office.

Elsewhere, associate solicitor Yasmin Blamire joins the firm’s Kendal office following almost 10 years with regional law firm Temple Heelis, where she was recognised as a Rising Star in the Legal 500 and an Associate to Watch by Chambers and Partners. In terms of team growth, the firm’s residential conveyancing team has seen the most activity over the past six months. It has welcomed 11 new additions, including five conveyancing executives, five legal assistants and a post completions assistant.

The significant recruitment drive comes amidst several other senior appointments, with CEO Alexandra Hatchman, head of Liverpool Kieran Donovan, and non-executive chairman Jonathan Fox amongst the new joiners in the first half of the year.

Alexandra Hatchman said: “We’ve seen an exceptional intake of talent over the first half of the year, with key hires made across our legal and non-legal teams. We continue to add expertise to our thriving core practice areas, whilst additions such as Ben Sears will enable us to drive and transform our business.”