Hall Brown Family Law has announced another senior hire within its Sheffield office.

The boutique firm has recruited Zoe Round as a consultant. Prior to her joining Hall Brown she led Irwin Mitchell’s family law team in the city.

The move sees Ms Round reunited with former colleagues Alison Fernandes and Martin Loxley. The trio had previously worked together at Irwin Mitchell for more than a decade.

She added: “Zoe is incredibly well known among clients and professional contacts, and is highly respected by her legal peers.

“Her arrival is another indication of the progress which Hall Brown has made, not just since opening in Sheffield only two years ago, but since the firm began in 2016.”

She is one of a handful of family lawyers in South Yorkshire to be included in the top tier of professionals in the legal industry’s two most prestigious rankings – Legal 500 and Chambers and Partners.

In that respect, Hall Brown said Ms Round underlines the capabilities of its Sheffield team. Both Ms Fernandes and Mr Loxley have also been listed as leading practitioners in both Legal 500 and Chambers and Partners.

Since opening in the first weeks of the pandemic, Hall Brown’s Sheffield operation at The Balance development on Leopold Square has grown in size and importance. Ms Fernandes now heads a time of eight staff, including newly-appointed solicitor Hayley Jetson and trainee Rachel Cocker.

The Sheffield office was the first of two Hall Brown offices in Yorkshire to open. A second, in Leeds, launched in April this year.

The firm has its headquarters at the Grade II-listed Ship Canal House in Manchester and a London team based at Lincoln’s Inn Fields.

Jamie Ashford, technical director at DCB Legal, has been appointed to the British Parking Association (BPA) council of representatives after outlining his ambitions to positively impact the industry.

The Cheshire-based lawyer and business director has been elected to one of only three vacant seats on the BPA council and plans to use his experience of the sector to benefit the parking industry further as it continues to evolve.

Jamie has almost a decade-worth of experience in the parking industry and has spent the past two years at DCB Legal where he has undertaken various projects to optimise the business and update its infrastructure for volume litigation. 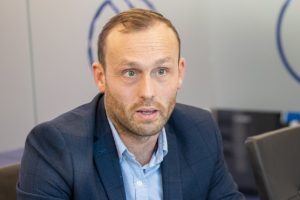 He is one of just a few specialist parking lawyers in the country and will bring his unique perspective to the BPA, the trade association for parking and traffic management sectors in his role covering parking on private land. He previously worked as an international lawyer at Bierens Law in Amsterdam before joining DCB Legal, the most successful bulk claims company in England and second biggest issuer of county court claims.

Jamie said: “I’ve thoroughly enjoyed working in the parking sector over the last decade and it has provided me with a lot developmentally. I now want to give back in my elected position on the BPA council and use my skills and experience to benefit the sector and share the knowledge and perspectives I have developed during my career to date.”

Gary Robinson CEO and founder of DCB Legal, said: “Jamie is an upstanding member of the team and industry. He is a great knowledge source on technical law and its adaptation to the parking industry. I want to congratulate him on behalf of the whole team at DCB Legal for pursuing a role that will ensure improved practices for the whole industry as it continues to undergo modernisation.”

It marks a return for Will who previously worked in various positions in Kingdom Group, whose headquarters are based in Newton-le-Willows, from 2017 to 2021.

In his new role, Will will be working with Kingdom LAS managers and colleagues to grow and develop the environmental and community safety projects offered by the company. 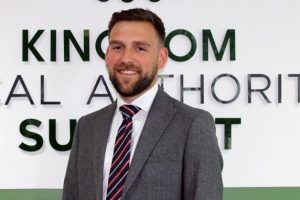 Most recently he was working in environmental protection and community safety for 3GS.

Will’s appointment comes as Kingdom LAS plans new contracts with more local authorities across the country. He said: “The company has won a number of significant new contracts in the past few weeks and months and I’m looking forward to playing my part in helping that progress continue.”

Managing director, Michael Fisher, welcomed Will back, saying: “An important part of his role will be working with our Midlands, Wales and North of England teams where he will support the development and training of our colleagues on their career journey.”

Clare, who joins the firm from Progression Solicitors in Lancaster, will be based at Harrison Drury’s Garstang office.

With a particular interest in hospitality and leisure, a sector in which Harrison Drury has a significant client base, Clare enjoys working with lenders and dealing with refinancing to “get deals done”. 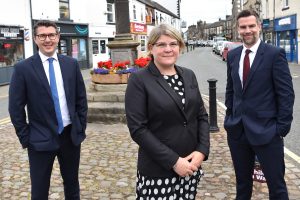 Simon England, head of Harrison Drury’s commercial property team, said: “Growing each of our regional offices with commercial property specialists is key to the expansion of our firm-wide team. Clare will make a great contribution to the Garstang office and brings to the team valuable commercial experience and helpful local knowledge. As a senior associate, she will also work closely with the other teams covering the firm’s commercial services.”

Clare said: “I look forward to being part of Harrison Drury’s Garstang team. My new role offers a great opportunity to expand my skills and experience, working across a wider scope of commercial work and with a greater range of larger organisations. Harrison Drury has a strong and well-regarded commercial property team in the region, and I was particularly drawn by the firm’s holistic approach to serving clients. I have felt part of the team from the day I joined.”

Clare’s appointment brings Harrison Drury’s commercial team to 23 working across its five offices, delivering a wide range of commercial property and property litigation services to businesses and individuals in the North West.

Recruitment firm, Talos360, has announced a further appointment to its senior leadership team with the hire of Rob Townsend as chief marketing officer (CMO).

Previously CMO at Shield Safety & Riskproof, Rob brings more than 30 years’ experience in marketing from leading brands across the UK.

Having reported a more than 50% revenue increase for 2021, representing a record-breaking year for the Warrington-based firm, the hire underlines the business’s commitment to its growth plans as it continues to scale. 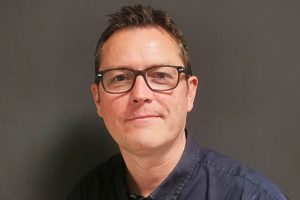 The appointment brings in a strategic and operational senior executive with a proven track record for growing B2B tech brands by bringing value propositions to life and driving sustained pipeline growth, particularly for its software revenue.

This C-level hire follows the appointment of head of people and chief revenue officer earlier this year and represents the company’s rapid recruitment strategy, with increased headcount of 15% in the first six months of 2022.

Rob Townsend said: “Talos360 already has had an impressive growth trajectory over the last few years. With my experience of building performance marketing infrastructures, increasing conversion and growth through fresh initiatives, I am confident we can surpass the targets we have set for ourselves in 2022 and beyond.”

Janette Martin, CEO at Talos360, said “We have had a stellar start to 2022 and we are on track to hit our growth targets having just won two national TIARA Tech Talent Awards. Rob’s appointment strongly demonstrates that we are committed to our ongoing growth while using his energy, passion and drive to build upon our winning performance culture.”