It issued the outlook ahead of its annual general meeting this afternoon.

Group chief executive, Sir Nigel Knowles, will tell shareholders: “We announced a record set of financial results in July with net revenue of £350.2m and adjusted profit before tax of £41.4m, up 21% on the prior year.

“Our cost-to-income ratio and lock-up days came down again and net debt continued to trend in line with our medium term guidance.

“We are pleased with the progress we made last year, which followed a transformational performance in FY21.

“We attribute this continuing good performance to the successful implementation of our new global operating model, and the embedding of our working capital and client programme initiatives.

“I would like to add that the current financial year trading is in line with management’s expectations.” 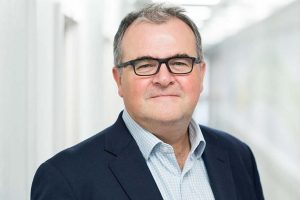 Nanoco Group, the Manchester-based developer of materials used in the manufacture of monitors and TV screens, said today its court case against Samsung has been rescheduled once again.

The University of Manchester spin-out is taking action against Samsung in a US court of alleged infringement of its intellectual property.

The case was originally due to begin on September 12, but was rescheduled to October 3. Nanoco said today that it has now been released from the October 3 trial setting and the case will be rescheduled.

Nanoco explained that, as is the usual practice, the court had scheduled a number of trials for the same dates given that, historically, the majority of cases settle before trial.

The court has now advised that another case that was scheduled to go to trial on October 3, 2022, will now go forward as scheduled. Nanoco’s case will be considered when the court next sets a scheduling order for subsequent trial dates.

Brian Tenner, Nanoco chief executive, said: “We previously explained that this sort of change in court date is one minor downside to the system in Texas that delivers trials and outcomes at a much faster rate than most other jurisdictions in the US.

“We will update the market further when we have a revised scheduled trial date and when we know that we are first in the schedule and hence can be confident that the trial will start on the day in question.

“Our team of witnesses and advisers will remain in a state of readiness for a trial at any time in the short term.”