Administrators prepare to move in to city centre development

A third DeTrafford development in Manchester city centre has been hit by financial problems and the company behind it has filed a notice of intention to appoint administrators. 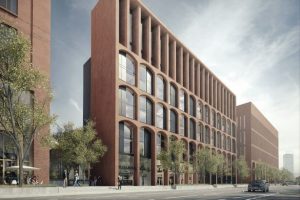 City Gardens, the completed 109-apartment scheme in Castlefield, has suffered because some buyers were unable to complete on their purchases and new buyers could not be found in time.

DeTrafford had put the £99m Wavelength scheme up for sale in March but no buyer was found for the 421-home scheme. 299 of the apartments have been sold off plan but no work has taken place since planning permission was granted.

However, DeTrafford’s managing director Gary Jackson told TheBusinessDesk.com that a separate filing relating to its No1 Castlefield scheme was “an error” and was being corrected.

DeTrafford has created the City Gardens development in Castlefield, which have apartments priced from £255,000. It forms part of DeTrafford’s emerging Manchester Gardens master scheme aiming to “transform parts of Castlefield to provide a desirable new neighbourhood”.