The North West is home to several thriving sectors.

From creative, digital and tech to strengths in advanced manufacturing, energy and tourism, the region has both established economic strengths and emerging specialisms.

Its diverse economy can be seen in our SME Fast Growth 50 index which we are publishing this week in partnership with Alexander & Co.

As we release the next 10 companies to feature in the index, we explore the sectors that have dominated the 2022 list.

Leading the way is manufacturing, a sector that has a stronghold across the region.

The North West has one of the largest manufacturing hubs in the UK, with almost 15,000 manufacturing businesses across the region and 350,000 people directly employed.

It has a high concentration of automotive and aerospace manufacturers, with pharmaceuticals making up almost 20% of manufacturing and chemicals 15%.

Some of the manufacturing companies featured on the SME Fast Growth 50 list include Cambi Operations, a world leader in thermal hydrolysis solutions for optimal sludge management.

The Congleton, Cheshire based business, has seen revenues grow by more than 200% over the last three years to £3.6m.

Other manufacturers featured on the index include VetPlus, a Lytham-based family business which has pioneered the development and acceptance of nutraceuticals within the veterinary profession. It makes 90% of its products in Lytham and exports to 42 countries.

In Liverpool we have Joloda Hydraroll, experts in material handling, particularly for loading and unloading processes. With more than 500,000 loading systems under its belt, this Merseyside manufacturer has been established for more than 60 years.

There were also fast growth businesses in the property sector, which is no surprise given the boost to housing following the pandemic.

The North West might be known for its big-name retailers such as Boohoo and JD Sports, but there are plenty of independent SMEs in the retail space that are showing huge growth too.

Pour Moi, the lingerie and swimwear retailer in Macclesfield has grown 164% with revenues reaching £30.8m for the year to September 2021 while Colt Brands, a global ecommerce consumer brands group based in Cheshire, has grown 223% with turnover growing to £3.5m.

The region is also known for its strong financial services sector and leads the way outside of the capital. Our list features several financial services firms including SL Investment Management, Aftab Currency Exchange, CMS Payments Intelligence and Conbrio Fund Partners. 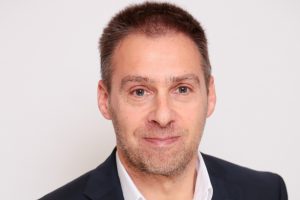 stretching from Cheshire to Cumbria with major city hubs including Manchester and Liverpool.

“This is a region that has both established itself in certain sectors while also pushing itself in new areas such as the knowledge-based activities thanks to its world-class universities and an ecosystem that has allowed companies to survive and thrive through the uncertainties of the last three years.

“In addition, the North West is home to one of the largest financial and professional services sectors outside of London and has established digital and creative hubs, which makes the region a very exciting place to be doing business.

“The SME Fast Growth 50 index is an example of the diverse range of businesses that have continued to grow and thrive despite the challenges of Brexit, Covid-19 and the more recent economic uncertainties including the energy crisis.

“The sectors are strong and thriving and these businesses are testament to the strength of the economy in the North West.”

The SME Fast Growth 50 list has been compiled with data from Experian.

All the businesses are private and located in the North West and have shown the largest percentage increase in turnover (up to £50m) over the last three years while also remaining profitable in each of those years.