Property group Grosvenor has appointed Chris Jukes as its director of the Liverpool One retail centre, succeeding Alison Clegg who is retiring after leading the destination for 15 years.

Chris joined Grosvenor in 2005 and has held various finance positions in Grosvenor Property UK and the broader Grosvenor business. Today he is responsible for finance in the UK property business’s development and investment teams, including Liverpool One.

In his new role he will work closely with Iain Finlayson and Donna Howitt, Liverpool One’s estate director and place strategy director, respectively.

Alison Clegg has worked for Grosvenor for 15 years, joining in March 2007, ahead of the opening of the first phase of Liverpool One in May the following year. Involved with Liverpool One throughout her time at Grosvenor, Alison most recently successfully led the destination through the pandemic and its significant bounce back.

Opened in 2008, the 1.65 million sq ft regeneration scheme has become one of the dominant retail and entertainment destinations in the UK, attracting around 29 million visitors annually.

Since the pandemic it has continued to be a focal point for ambitious brands, most recently welcoming Charlotte Tilbury’s first boutique outside London and Gravity’s new flagship entertainment venue. The evolving offer curated at Liverpool One has driven up sales 20.9% year-to-date compared with 2019.

Rachel Dickie, executive director, investment, Grosvenor Property UK, said: “An early example of levelling-up, Liverpool One is a testament to how a long term approach to regeneration can revitalise city centres, drive employment and support wider economic growth. Since 2008, through sensitive stewardship it has successfully integrated into the wider city centre whilst retaining its unique sense of place.

“As Liverpool One approaches its 15th anniversary, we’re incredibly grateful for everything Alison has accomplished during her tenure and wish her all the best. We’re fortunate to have someone with Chris’s experience in place to take Liverpool One through an exciting year in Liverpool and to the next chapter.”

Alison Clegg, managing director, asset management, said: “Liverpool One is a very special place, made even more so by the privilege of working alongside so many great people, the public who have made it their own, and our partners in the city. I shall leave with huge pride in what we have achieved, some sadness, but with great confidence in Chris and his ability to take Liverpool One on the next stage of its journey.”

Chris Jukes said: “The opportunity to lead Liverpool One is a hugely galvanising prospect. I joined Grosvenor in 2005 to work on the project, so to return and lead the team into the 15-year anniversary of Liverpool One is very rewarding.

“Whilst the retail sector faces many challenges, well-managed and curated destinations will continue to perform. With Eurovision coming to Liverpool next year, as well as our own milestone, it is set to be an exciting time for the UK’s most sociable city.”

Chris will take up his new position on December 1, working alongside Alison until her retirement in March 2023.

Louise Logan has stepped up to become finance director at chartered surveyors Trident Building Consultancy after a 21-year stint at the company.

Louise, who is based at Trident’s Liverpool office, joined the business in 2001 and has worked her way up to finance director after being promoted from finance manager.

Vanessa Darce, also from the firm’s Liverpool office, has been promoted from finance administrator to take over Louise’s former role.

The moves come as part of a string of senior appointments to be made at Trident Building Consultancy, including the appointment of Dan Roe to managing director. 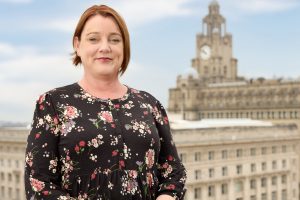 Dan brings 23 years of industry experience to the role, including 18 at Trident where he joined the board in 2017 to become an executive director, as well as heading up the firm’s London office.

Dan congratulated Louise on her promoting, describing it as very well-deserved. He said: “Louise has had a fantastic career so far with Trident Building Consultancy and has worked extremely hard under the guidance of her predecessor, Matt Clare, to achieve the qualifications necessary to secure the promotion to finance director.

“Vanessa has also worked very hard, so we’re delighted to be able to support her in the next step of her career of replacing Louise as the company’s finance manager.”

Nicola Critchley, a partner at DWF, the Manchester-based global provider of integrated legal and business services, has been elected as president of the Forum of Insurance Lawyers (FOIL).

FOIL is the representative voice of the defendant insurance lawyer community. Nicola takes on this role from previous president Stuart Hardy of BLM and will be advancing FOIL’s vision as president for the next 12 months. 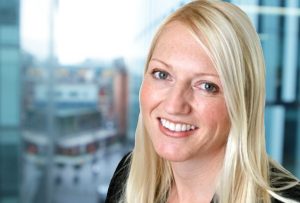 Nicola has worked with insurers and self-insureds for more than 20 years, supporting them in controlling third party costs legal spend and deals with all types of costs litigation. She was previously vice-president of FOIL.

She said: “It’s a great privilege to be elected as president of FOIL, and I have big shoes to fill, having witnessed the huge achievements of FOIL over the last year in what has clearly been a challenging and difficult time. Yet the reform programme has continued at some pace.

“FOIL is an incredible organisation because of its members and while there are a number of uncertainties and challenges ahead, FOIL is well placed to support members with these existing challenges and prepare for those that are emerging.”

Glyn Jones, global head of insurance at DWF, said: “We are extremely pleased for Nicola and congratulate her on this prestigious appointment as president. It is fantastic recognition for all the hard work Nicola does on behalf of the industry.”

Moneypenny, the Wrexham-based communications company, is boosting its focus on ESG (Environment, Social, and Governance) with the recruitment of Sophie Hughes-Saunier in the new the role of ESG coordinator. 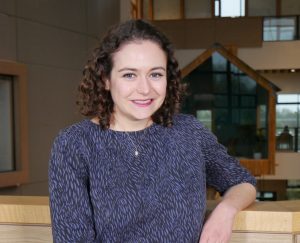 Sophie’s role will encompass activities relating to ESG, and she has a particularly strong passion for environmental matters. She has been at Moneypenny since February 2014, working in the SME clients team, until the opportunity arose for her to take on the newly-created role.

She said: “I’m looking forward to taking on more responsibility for a wider range of ESG plans and policies, to make a real difference.”

Joanna Swash, CEO of Moneypenny, said: “This new ESG role represents a major milestone in Moneypenny’s development, and we are delighted that Sophie is taking on the challenge to ensure ESG matters are central to all our operations.” 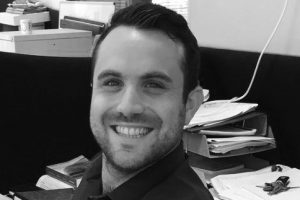 This follows a busy period for the team as it works on several large scale developments in Manchester and marks the first step in plans for expansion in the North.

The cost management side of the team welcomes Elgan Jones as senior quantity surveyor, who joins from Co-op where he was commercial manager and Joe Coe has also joined the now four-strong team as assistant quantity surveyor.

Faye Gilly joins the project management practice, which caters to a mixture of interior fit outs, including new builds and refurbishments. She brings a breadth of experience to the role of programme manager, having worked at CBRE and LabTech London, and most recently as senior project manager at Ridge and Partners. 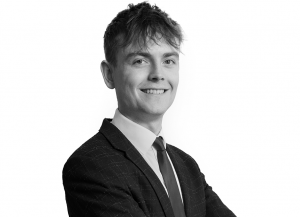 At JLL, Faye will be leading on the Roku account, as the digital media company has opened its fourth UK office in Manchester at a new tech epicentre just off Oxford Road. She will also be working on a range of schemes across the country including Manchester, Cardiff, and Amsterdam.

Nick Currie, head of project and cost management at JLL Manchester, said: “Demand has rocketed for our cost and project management team’s services recently. Notably so in the North West, as companies prioritise finding the perfect office space, to promote wellbeing and attract employees back into the office.

“Faye, Elgan and Joe have joined at an exciting time and have already strengthened our current capabilities with a huge amount of combined expertise. I’m sure they will prove to be invaluable to both teams.”

Big Fang Collective is an entertainment venue operator and owner of the Golf Fang brand. The company, founded by Kip Piper and Daniel Bolger, was founded in 2016 when it opened its first site in Liverpool inside the 25,000 sq ft Cains Brewery. The company now owns and operates five sites across the UK, in Birmingham, Newcastle, Liverpool, Sheffield and Glasgow, with its Golf Fang and Birdies Bar brands.

Big Fang Collective is now looking to expand further and acquire new venues across UK cities, with seven already planned to launch across the next two years. 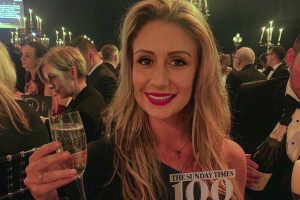 Natasha became HR director at The New World Trading Company in 2015. This led to her leading and building the HR department from herself to a nine-strong team and sitting as part of the senior leadership team as the business grew from five to 26 sites. Natasha led, innovated and developed both the team and the company to 10th (2017), seventh (2018) and fifth (2019) in the Sunday Times Top 100 Best Companies.

In 2020, Natasha took on the role of chief operating officer. She navigated the business as it emerged from the COVID-19 pandemic through negotiation and strategic planning with all stakeholders, as well as delivering new, strong and highly profitable sites while introducing a variety of technology to aid the delivery of exceptional customer service and insight.

Beginning in January 2023, Natasha’s remit in her new role at Big Fang Collective will see her focus on building on the already strong culture within the brand and develop the strategy to enable the business to roll out the Golf Fang brand and different concepts within The Big Fang Collective’s portfolio, both in the UK and internationally.

Natasha said: “I am so excited to be joining the Big Fang Collective as their CEO. I’ve long admired the group’s gutsy ethos and I’m looking forward to overseeing its growth as we roll Golf Fang and Birdies Bar, whilst developing new concepts, out across the UK.”

Kip Piper said: “We’re thrilled to welcome Natasha to the Big Fang Collective team. Natasha brings a wealth of experience to the role as well as plenty of passion for what we do. We are all looking forward to Natasha joining us in January as we head into a busy year kicking off with the launch of our Cardiff site in Q1.”

Andrew Stones, partner and head of portfolio at Imbiba, said: “In Natasha we’ve found the perfect partner to deliver our domestic and international vision for The Big Fang Collective. We’re confident that the group will flourish under her guidance and look forward to welcoming her into the role of CEO in the new year.”