Home / North West / Invest North / The company with 2,000 job vacancies – and the county with a challenge to skill up

The company with 2,000 job vacancies – and the county with a challenge to skill up

BAE Systems and Sellafield are disproportionately big players in the Cumbrian labour market, responsible for employing one in 12 of the 240,000 people working in the county.

“We’ve got 2,000 vacancies in Barrow and we need those people to stand still,” said Steve Cole, chief infrastructure officer and improvement director at BAE Systems’ Maritime and Land division.

“That’s to meet the current commitments, let alone what we can do beyond that. And we’re very conscious that we make it hard for others.”

Cole was speaking at the Invest North Cumbria round table, a Northern economic project led by TheBusinessDesk.com. 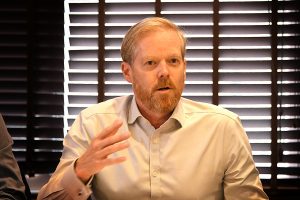 Cole is also the deputy chair at Cumbria Local Enterprise Partnership, a position that gives him a perspective on the county’s broader skills challenge.

“We’ve got to diversify and create a more sustainable economy where skills aren’t competed against at the cost for Cumbria because all that leads to is off boarding work elsewhere and we don’t capture the economic value in full,” he added.

One of the many businesses that feels that sense of competition keenly is Forth Engineering, an engineering specialist which has one of its three Cumbrian sites close to Sellafield.

He said: “I find it very difficult to recruit and retain – as I think most employers do – given that people will move for a quid an hour more,” said Forth director Martin Lewis.

“You just try to compete with higher wages and you’ve got to get that right individual who wants to work hard and not just turn up and pick up a pay slip every Friday.” 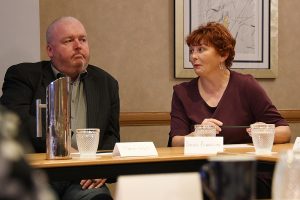 Dianne Richardson, who leads Britain’s Energy Coast Business Cluster, recognised Lewis’s challenge as one that many companies are facing.

“We’ve got 240 members, I would estimate about 80% of them have vacancies that they are struggling to fill – it is that bad,” she said.

“They are not just nuclear, so it isn’t just about Sellafield, there is a definite issue. The labour market at the moment is so tight in Cumbria and that can hold things back.”

Companies are taking the lead on developing skills with new recruits and in their existing workforce.

Lewis added: “We’ve got three sites across Cumbria – we’ve got Barrow, Cleator, and our head office in Maryport. We have seven or eight jobs that we could fill now, if we could get the right people.

“We are keen to grow our own, to develop them and put them through education courses. It’s a big investment for a small business, but it’s one that I think you have to do.”

Getting the right people with the right skills is part of the challenge the University of Cumbria is looking to address.

Higher education can be a problematic step for Cumbrians, with young people leaving the county to go to university then taking up job opportunities elsewhere.

This isn’t a new problem. Articles, events, plans and programmes going back for a generation and more have sought to address the brain drain, but the flow continues apace. 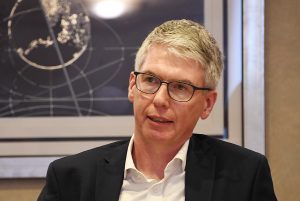 “It is something that Cumbria suffers from really, that academic learning opportunity within the region. We see people leave, and not enough of those people come back into the region,” said John Maddison, managing director at iSH – a new economic initiative that seeks to harness the unique skills of the region and create sustainable opportunities.

“It’s looking to attract people in, of course, but it’s not losing the people that we already have.”

Maddison and iSH is working hard to grow capabilities that can be put to use in multiple industries, from the traditional powerhouse of nuclear to the future opportunities in hydrogen and everything in between.

He added: “We are trying to grow capability in its roundest form to become a centre of excellence, so people from multiple sectors come and buy great advanced manufacturing capability, great cybersecurity capability. It’s not industry specific.”

Business, academia and the public sector are all keen for a more long-term view to be taken on skills.

The current system has been plagued by political change – a university student graduating next summer will have lived under at least 17 education secretaries – while the pace of technological change has caused further disruption.

Those factors help explain why the problem is not seen solely as a lack of money, but how that money has been spent.

“I’m not convinced ultimately, it’s about more investment. I think it’s about smarter investment,” said Sinker, from the University of Cumbria.

“There’s something about moving away from short termism in terms of our skills funding. So at the moment, a number of us around this table are constantly redefining projects to meet the next government initiative. If we could actually have some sustainability that would then encourage employers to co-invest alongside that as well.

“We are fortunate in Cumbria to work with BAE Systems and Sellafield and some of the big players and they can, with their timelines, afford to invest 5, 10, 15 years down the road.

“But it’s your supply chain – how do we encourage the supply chain to invest in its workforce of the future as well?”

Northern Powerhouse Partnership’s director Henri Murison agreed that it is not just about money, but who is investing and how.

“It’s not even about spending more money, we actually do spend a lot of money in the UK on skills,” he said.

“I would argue employers don’t spend structurally enough, but the public sector doesn’t spend an insignificant amount of money on it.

“But it largely spends it on the wrong things because it drives colleges and other providers to provide cheap-as-chips qualifications to get high numbers, not necessarily preparing young people for the jobs that actually exist.” 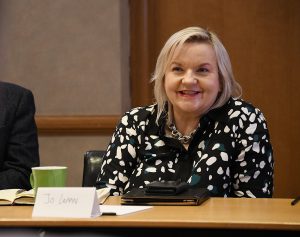 Cumbria’s skills provision does have its exemplars, which Local Enterprise Partnership chief executive Jo Lappin was keen to highlight.

She said: “We’ve got the best nuclear skills infrastructure – we’ve got the National College for Nuclear, the Dalton Nuclear Institute, we’ve now got three fusion chairs in the University of Manchester, which ties back into the Dalton Institute.

“We’ve got Gen2, we’ve got Energus, BAE have got their academy, we’re looking at the University in Barrow and we’ve got the new university campus in Carlisle.

“This is a fabulous place, loads of opportunities, and we really do need to come to people with serious investable propositions.” 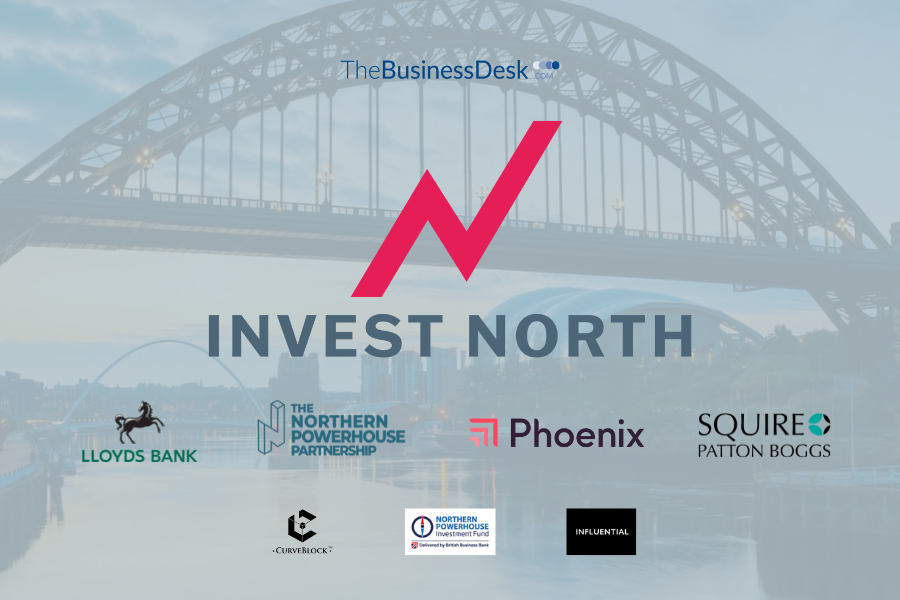 The North is full of investment opportunities and world-class economic strengths. Accelerating progress and unleashing its full potential can rebalance the national economy and change the lives of the people who live and work here.

Through a series of round tables, research and interviews it will identify the investment opportunities and policy requirements that can make a significant difference to the economy of the North.

Visit investnorth.thebusinessdesk.com to find out more.