Birmingham City Council has launched its 20-year plan that it says “will shape a bold new future for the city”.

Business and communities across are being asked to become involved in Our Future City Plan: Central Birmingham 2040 ‘Shaping Our City Together’, which aims to strengthen the links with the city centre and its integration with surrounding inner city suburbs such as Aston, Nechells, Balsall Heath, Small Heath, and Sparkbrook.

The document also outlines ambitious plans such as the “Brummie Urban Forest”, plans to break through the ring road barrier, a network of 15-minute neighbourhoods and a plan to remodel local highway infrastructure for people-centred places. 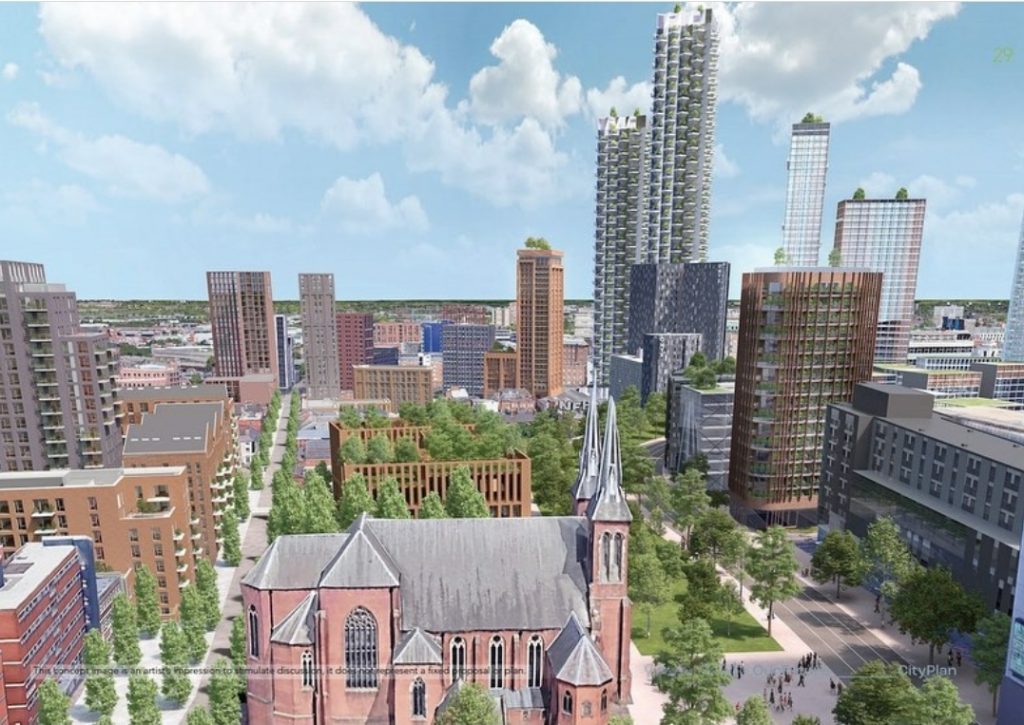 The plan outlines a series of 15-minute neighbourhoods

Leader of Birmingham City Council, councillor Ian Ward, said: “As the main centre of development activity in our city over the last 30 years, investment in the city centre has provided jobs, homes, improvements to sustainable transport, new cultural destinations and educational opportunities.

“With the opportunities of HS2, expansion of the Midland Metro and the Commonwealth Games on the horizon, the city will continue to be a major regional, national hub and centre for international investment.

“This plan marks a major change from previous approaches to the city centre, with a clear intention to spread the benefits of development and investment into inner city areas, supporting access to infrastructure, jobs and improved public spaces.

“The release of an early engagement document such as this is intended to seek feedback from a wide spectrum of voices ranging from the individuals, organizations and communities to ensure all of Birmingham’s communities are shaping the city together.”

Ian Macleod, acting director of inclusive growth at Birmingham City Council, said: “This marks the start of a continuous engagement process to transform Central Birmingham into a green, prosperous and fair place. With the challenges of climate change and wider social and economic changes, the Shaping our City Together document proposes ambitious ideas that seek to deliver the solutions the city and its people need.”

Public consultation began yeasterday (26 January) and runs until 26 March. Feedback received will go on to inform the OFCP Central Birmingham 2040 Draft Framework to be released in the autumn for further consultation.

Plans for creative hub move ahead after £3m funding approved