The once iconic but now derelict West Works site at the former MG Rover car plant in Longbridge, Birmingham is to finally be regenerated following a £6m investment package.

Since closing 15 years ago with the loss of the plant’s remaining 6,000 jobs, the vacant 75-acre West Works has been a reminder of one of the most painful manufacturing collapses in the region’s post war economic history.

But the announcement of the investment deal between the West Midlands Combined Authority (WMCA) and property developer St. Modwen, means the land can now be cleaned up, essential infrastructure provided and the site made ready for the construction of 350 homes and 900,000sqft of commercial floorspace, creating up to 5,000 jobs.

St. Modwen has already overseen the regeneration of around half the wider Longbridge works which it bought in 2003. 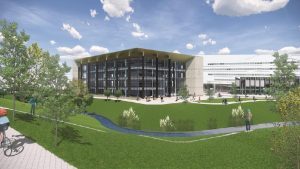 Once finished, the £1bn transformation of the entire former car plant is expected to have created up to 4,000 homes, 2m sqft of commercial development and 10,000 jobs.

The deal follows the award in December 2020 of more than £51m of Government funding for the WMCA to continue driving forward new homes and jobs for local people on brownfield, former industrial land such as the former MG Rover site.

“Having spent some time growing up in Northfield I know just how iconic the site is, and I know that for 15 years now people have waited for its regeneration to finally heal one of our biggest, and most painful, economic scars. That is why I am delighted that the WMCA has been able to step in and help unlock this major part of the site for development.

“Over the past four years one of the real strengths of the West Midlands has been using Government money to clean up derelict industrial land to pave the way for development, and industrial land doesn’t come much bigger or more iconic than the Longbridge West Works.

“Now instead of looking back over 15 years of pain, we can look forward to the thousands of new jobs, commercial premises, and hundreds of homes that will be coming to Longbridge.”

At its height in the 1960s, Longbridge was one of the world’s biggest car factories, employing tens of thousands of people producing ground-breaking vehicles like the Mini. A steady decline over the 1980s and 90s led to the collapse of MG Rover in 2005. 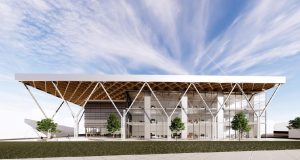 Since St. Modwen acquired the site, the on-going redevelopment of Longbridge has already created over 3,000 permanent jobs, 1,450 homes and over 1m sqft of employment space, delivering a £500m a year boost to the economy.

Longbridge has also attracted new organisations from across the tech, science, manufacturing, and R&D industries who have taken up space, while the existing innovation centre on site continues to grow.

Sarwjit Sambhi, CEO of St. Modwen, said: “Unlocking West Works is a huge milestone for Longbridge and we are delighted to move forward in partnership with the West Midlands Combined Authority.

“Building the site infrastructure will accelerate the creation of 5,000 new jobs, 350 new homes and open up 27 acres of space for the public to enjoy along the River Rea.

“We’re already seeing strong interest from occupiers in Longbridge Business Park and the WMCA contribution will ultimately lever in up to £300m in private sector investment at West Works. This investment highlights the major contribution Longbridge is making to Birmingham and West Midlands.”