Seventy firefighters have been battling a blaze in Birmingham city centre that started in the early hours of this morning.

Residents living near MacDonald Street in the Highgate area of the city have been advised to keep windows and doors closed after the fire broke out shortly before 3am. 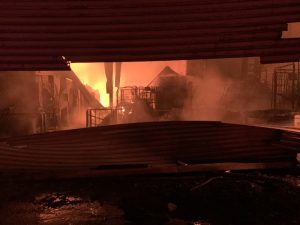 The fire service tweeted at 5.21am: “Incident currently in progress Macdonald Street, Highgate. 70 Firefighters are currently working with 2 specialist aerial appliances. Avoid the area if possible due to road closures. Keep windows and doors closed in the area.”