Two major festival sites will be hosted in Birmingham city centre, in an effort to bring people together to celebrate the Commonwealth Games. 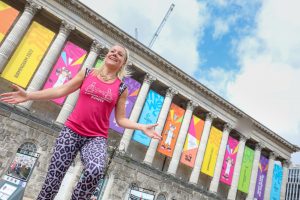 Entertainment will be provided for local people and visitors to the city during what will be the biggest event ever to be staged in the West Midlands.

“A giant screen with live coverage will ensure that people can keep up to date with the sporting action, but they will also be entertained throughout the day with a vibrant cultural programme, showcasing established and emerging local talent.” 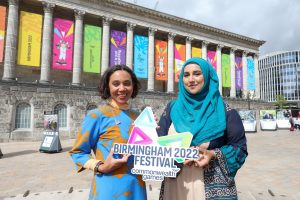 In addition, Victoria Square will feature sunrise stretch sessions, a disco with Perry the Birmingham 2022 mascot, watch parties for the opening ceremony on 28 July and the closing ceremony on 8 August, and a special celebration, including music and cultural acts, to mark the 60th anniversary of Jamaican Independence.

Birmingham-based artistic designer Anjuli McKenna will transform the square into Connections, which reflects how Birmingham’s diverse communities encounter and connect with each other across the city.

The Smithfield site (previously the location for Birmingham’s wholesale markets) will have a different cultural partner taking to the three-sided Beacon Stage every single day, with DJs, live performances and dance moments.

Through a collaboration with the National Trust, the Smithfield Festival Site will also feature 70 young trees, benches and hammocks for people to relax. The trees will be planted in gardens and community spaces around Birmingham after the Games.

Smithfield will be taken over with performances from Simmerdown music and arts festival on Friday 29 July, ACE Dance and Music bringing carnival vibes on Saturday 30 July, and Sandwell and Birmingham Mela, bringing South Asian talent on Sunday 31 July.

Also featuring in August is Swingamajig playing the sounds of the 1920s, DJs from BBC Asian Network, Selextorhood, who champion and empower women and gender minority DJs, MADE Festival, Mostly Jazz Funk and Soul, and Break Mission and Eric Scutaro, all taking turns to takeover Smithfield’s Beacon Stage, plus a closing dance party on 7 August.

Birmingham 2022 has also announced today that ten towns and cities across the West Midlands will also be hosting Festival Sites to celebrate the Commonwealth Games.

The ten sites are being produced and managed by local authorities in areas where competition venues are also located such as Coventry, Solihull, Warwick, Leamington Spa, Sandwell, Dudley, Wolverhampton, Tamworth and Telford.

More details about all of the Birmingham 2022 Festival Sites, with detailed information about the full programme for the Victoria Square and Smithfield sites, is available now at birmingham2022.com