Doug King has agreed a deal to acquire an 85% stake in the Championship football club that will leave the club “debt free” and end 15 years of ownership by SISU Capital. It is subject to approval from the English Football League.

The club has said it will be making a bid to buy its home ground, the CBS Arena, which is now available following the collapse of former owners Wasps Rugby Club.

Former Newcastle United owner Mike Ashley has been in talks with administrators to agree a deal for the stadium through his retail empire Frasers Group.

But SISU Capital chief executive Joy Seppala said there were now plans for “a robust bid” for the stadium.

Seppala, who has had a fractious relationship with the club’s fans since the 2007 takeover, said: “This is a fantastic moment for Coventry City FC and the city. I know that Doug has long been an admirer of the Sky Blues and will be a powerful steward of the club moving forward.

“He shares our ambition to deliver the most successful football club possible, to climb the football pyramid, and invest both on and off the field.”

“The sale of the CBS Arena does provide short term uncertainty and with Doug on board we intend to set out a robust bid for the stadium which, if successful, will provide a platform for long-term success.”

King said securing ownership of the stadium “is critical to our ambition”.

He added: “Working together we want to deliver a new start, beginning with securing our home in Coventry. We know fans, and others across the region, want long-term security and the guarantee of playing football in our city.”

The official statement from Coventry City described King as a “local businessman” which understates his 30-year career as a global commodity trader and investor.

In 2004 King joined RCMA Capital, which was set up by Coleman’s older brother Mike. They had worked togther previously at Cargill and together they launched The Merchant Commodity Fund.

The fund successfully called the 2014 oil crash and was reported to have been a big winner again when the price of oil fell steeply ahead of the first Covid lockdowns in 2020. The hedge fund had its best ever year in 2021, gaining 74% to be valued at $244m (£205m). 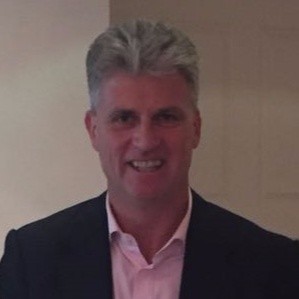 King is now the majority owner of RCMA, which controls a portfolio of investments worth more than £300m including Stratford-based Yelo Enterprises. Yelo was known as RCMA Stratford when the rapeseed crushing plant and refinery was set up in 2016 and is now an £80m-turnover business producing vegetable oil and animal feed.

It is just one part of Singapore-based RCMA Group, which describes itself as “a diversified group of businesses spanning supply chain, energy, and consumer goods and services”.

The proposed takeover was welcomed by West Midlands Mayor Andy Street, who worked closely with the club to bring it back to the city after a long-running legal dispute with Wasps saw it play at Birmingham City’s St Andrew’s ground for two seasons.

“I welcome the new owners of Coventry City and their investment into this much loved local football club,” said Street.

“Despite all the challenges, I’ve always felt [Seppala] had the best interests of the club at heart and I will work constructively with the new owners as we seek to build on the impressive on pitch performance this season and last.”