More spending on skills and research and development is vital to sustaining and enhancing economic growth across the North, according to the leader of Bradford Council.

And Councillor Susan Hinchcliffe said this was not only about investing in young people’s skills. She emphasised that older working people must also have support to access lifelong learning.

She was speaking at the TheBusinessDesk.com State of the Region North breakfast seminar, held in association with Squire Patton Boggs and KPMG.

She called on guests at the event to invest in their workforces, adding she was optimistic about the North’s prospects.

“It has become fashionable to be northern and I’m embracing that,” she said. “We can capitalise on this to get the Government to focus on the North. It will mean more opportunities and investment.

“Northern leaders are now working together a lot better than they used to, we can achieve more if we pull together.”

She said that while developments over the next 12 to 18 months were difficult to predict she knew the North would require extra money for its transport infrastructure.

“We need HS2 to be invested in all the way up to Leeds,” she said. “As the leader of Bradford Council I want Leeds to be successful in order for Bradford to succeed. If one of us falls behind we all fall behind.

“And we need both HS2 and Northern Powerhouse Rail. It’s very hard to do bits of infrastructure at a time – it needs to be done as a whole.”

She warned the North was currently “way behind” with public transport provision, adding this infrastructure must be regarded as a public good which deserves more attention.

Ms Hinchcliffe said encouraging people out of their cars by giving them better public transport links was particularly important as part of the region’s response to the Climate Emergency. 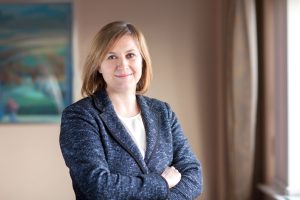 Ms Kendrick pointed out the North’s economy is now worth more than £339bn, covering a hugely diverse range of sectors.

“At Squire Patton Boggs we’re starting to help businesses see this region as a global platform. And the companies we work with are doing a lot of things right.”

Political and economic significance of the North now recognised nationally

Mr Ball said the North has an excellent reputation across the world for the goods it produces and the demanding standards set by its universities.

He cited the high quality work carried out at Rotherham’s Advanced Manufacturing Park – which is just one of the locations supported by his own firm.

However, he also noted: “Productivity tends to lag a bit, mostly because of the skills shortage and the need for further infrastructure investment.

“HS2 would benefit us, but my frustration here is the speed at which it is being handled. They need to either make a call on it or back out. And if they do back out they must focus on Northern Powerhouse Rail, as the east to west rail ink is very important for the region. 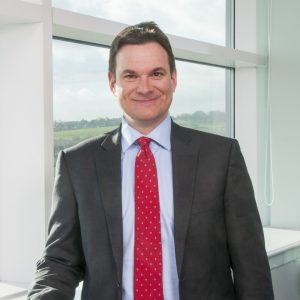 “If we can improve the Leeds – Manchester connection time the North would make a huge step forward. At the moment the train connection isn’t good enough.”

Ball said the North can take advantage of the fact that it is seen as an affordable option for people and businesses being forced out of pricey London.

“The public sector can play a key role in attracting the kinds of business which will give us a supply chain uplift,” he said. “It becomes a self-reinforcing circle, because if we get high tech businesses coming to the region, that in turn attracts young, skilled people who will want to stay here.

“What’s fascinating for me is that in this coming General Election the North is a stated battleground, which I don’t think was always the case before.

“The fact the Conservatives are talking about fighting for Labour seats in the North – that’s something positive.”

Mr Ball said he wanted to see a decisive result “one way or another” in the election, so business people can adapt accordingly then move on. He said his company had seen property occupiers deferring making major business decisions during the last two years of uncertainty.