Yorkshire development and asset management company Citivale has concluded an £18.5m deal at its pioneering Humber Enterprise Park in Brough.

Citivale has entered a joint venture with real estate investor Westcore Europe at the park, following the end of Citivale’s partnership with LRE Industrial.

This recapitalisation of the enterprise park will pave the way for further development and investment this year.

James Appleton-Metcalfe, managing director of Citivale, said: “Our partnership with LRE Capital, which enabled us to buy Humber Enterprise Park five years ago, has come to a cordial end. The fund had reached the end of its life.

“We were looking for a like-minded investor and were delighted when Westcore first expressed an interest and then entered into a joint venture with us.

“We have the same aims and objectives for the future of this very special enterprise park and this clarity of vision will enable us to develop out the park and create much-needed jobs for the Humber region.”

The annual rental income of the Humber Enterprise Park is £1.8m, with a net initial yield of 9.29%.

Daniel Barrington, COO of Westcore Europe, said: “We are delighted to have teamed up with Citivale to buy the successful Humber Enterprise Park. We believe our joint venture will take the park on to another level and enable it become one of the region’s great success stories.”

This deal comes hard on the heels of two new lettings at the refurbished Mercury office building on the park. Two local companies, Morson Projects and Employment Ownership Association have taken 2,500 sq ft on the ground floor of the building on a six-year lease. The rent is £8.50 per sq ft.

Appleton-Metcalfe continued: “The future is very bright at HEP. It has just been announced that BAE, who are based here, will ramp up work on a project to develop a next-generation fighter plane to replace the Eurofighter Typhoon.

“This aerospace giant will accelerate its Tempest programme throughout 2020.

“As part of the scale-up, around 100 BAE employees at HEP will be transferred from manufacturing roles into engineering positions. It comes as BAE manufacturing work here enters its final stages on parts for the Qatari Air Force’s existing Hawk fleet. 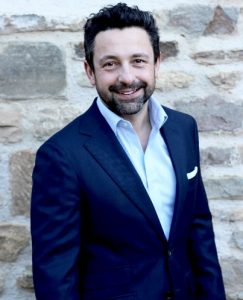 “In the meantime, we have attracted some major companies to the park. Last year major UK kitchen manufacturer Wren took a six-year lease on a high-quality 150,000 sq ft warehouse, which was the largest industrial letting within the Hull and East Riding area during the past 12 months.

Appleton-Metcalfe explained: “Our competitive rents and unrivalled working environment are proving attractive to a whole raft of different occupiers.

“The letting to Wren brings our industrial accommodation to 100% occupancy and completes over 550,000 sq ft of industrial transactions carried out by Citivale at HEP since purchase. This is testament to our ability to deliver on larger refurbishment and development projects.”

So far £6m has been spent on regenerating the whole site, with another £1.2m earmarked for further improvements. It is estimated that 1,600 new and sustainable jobs will be created when the park is fully developed during the next three years.

James Appleton-Metcalfe added: “Westcore and ourselves are keenly aware that our park should not just be a place to work, but also a proper community where to life can be enjoyed. So we are creating a running track on the perimeter of the site; a heritage museum, paying tribute to the rich history of aircraft manufacturing here; green spaces and allotments; break-out areas and spaces for art; and a fitness suite.”