The chairman of the West Yorkshire Combined Authority, Councillor Susan Hinchcliffe, has repeated her call for the Government to back a £125m programme of new flood defence measures to protect thousands of homes and businesses.

Cllr Hinchcliffe has invited the new Chancellor and new Environment Secretary to visit flood hit communities to see first-hand the need for further investment in our region’s flood defences.

The letter to George Eustice MP, new Secretary of State for the Department for Environment, Food and Rural Affairs, and Rishi Sunak MP, the Chancellor of the Exchequer, comes after people in Calderdale, Bradford, Wakefield, Leeds and Kirklees had their homes and businesses flooded following Storms Ciara and Dennis.

For many people it was the second time in five years, following the Boxing Day floods of 2015.

The Flood Alleviation to Unlock Economic Growth Programme would involve 27 projects including flood alleviation schemes in York, Keighley and Hebden Bridge which would safeguard approximately 3,300 businesses, 5,150 homes and more than 31,250 jobs across the region.

Furthermore, the programme would unlock development land which could provide 7,300 new homes and create 525 new jobs adding an estimated £100m to the City Region economy over the next ten years. 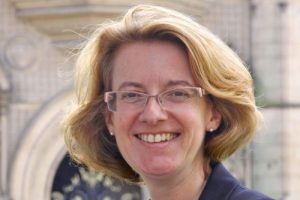 It would also deliver environmental benefits including saving carbon emissions equating to taking 236 cars off the road every year and see £6m invested in a natural flood management programme.

Cllr Hinchcliffe, who is also leader of Bradford Council, said: “As a nation, we have to accept that climate change is having a real and significant impact and the extreme weather we have experienced over the past two weekends is likely to become much more frequent.

“Since the Boxing Day floods of 2015, the Combined Authority has invested £20m from the Leeds City Region Growth Deal, alongside over £170m of partner match funding for the City Region, into schemes covering Leeds City Centre, Skipton and Mytholmroyd to safeguard up to 1,385 businesses and at least 11,100 jobs from the risk of flood.

“But we know that this isn’t enough so I’m urging the Government to demonstrate its commitment to protecting our communities by providing the funding we need.

“We’ve worked cross party and cross Yorkshire to put this bid together which has now been in the Government’s in tray for some time. Given the urgency of climate emergency and change of Ministers I hope they will now look upon our bid with renewed interest.”

In February 2020, £1.9m was approved by Combined Authority’s Investment Committee to help start a £27.2m scheme in Hebden Bridge being led by the Environment Agency which will reduce the risk of flooding from a 20% risk to a 2% risk in any given year.

The Combined Authority has also worked with partners to invest over £10m of European Regional Development Funding in flood schemes across the City Region with a pipeline of further schemes currently being appraised.

Millions of pounds worth of grant payments for small businesses