Discount retailer draws up rescue plan for its 450 stores

Discount retailer Poundstretcher has drawn up plans for a company voluntary arrangement (CVA) that seeks permanent rent cuts in three-quarters of its 450 stores. 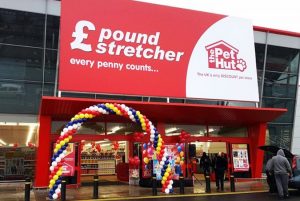 The Huddersfield-headquartered group employs 5,500 people and is due to mark its 40th birthday next year.

It has been a difficult few years for the value retailers, even before the impact of Covid-19. Poundworld, which had 335 stores at its peak, collapsed in 2018, while Poundland had struggled after it acquired the 99p Stores chain.

Retailers have been among the worst-affected from the lockdown and face an uncertain future despite non-essential stores being able to open next week.

Monsoon, Victoria’s Secret and Quiz have all gone into administration in the last few days and more are expected as quarterly rents fall due later this month.

Poundstretcher will want the CVA – which is an agreement with creditors to avoid administration that has been well used by struggling retailers – to prevent large-scale closures.

Its most recent published accounts, for the year to March 2019, give an indication of the group’s challenges. Despite revenues increasing by £50m to £435m, it recorded a £230,000 pre-tax loss compared with a £2.1m profit a year earlier.

Its financial challenges are understood to have worsened significantly since then, forcing it to draw up the plans for a CVA.

The business is owned by Abdul Tayub and his family, which acquired a 30% stake in 2007 before taking over two years later.

Yorkshire branch of Debenhams to shut for good