Two Yorkshire hospitality entrepreneurs will finally open the doors to their Scarborough hotel later this month onto the most uncertain summer season in living memory.

They bought the Cliff Bridge Terrace property for £2.1m in December 2018 and had originally hoped to have the revamped hotel open in time for summer 2019 before re-scheduling for March 2020.

Instead they are launching the first of what is hoped to be several Bike & Boot Inns into the eye of a storm every bit as fierce as those that can sweep across the bay the boutique hotel overlooks.

“Shutdown took the wind out of our sails,” said Kershaw. 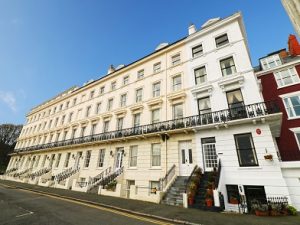 “It goes without saying, this has been a trying time for every business, so to be almost ready to open our hotel doors is absolutely fantastic. Everyone who has worked on this project has put a real graft in to see it through to completion and I really can’t express my gratitude enough.”

Carpets were stuck in a factory in Portugal that was locked down, creating a domino effect of delays for furniture and fittings, while the stone-top bar had to be re-sourced at short notice.

The first guests are now due to arrive in less than three weeks, at a time when international tourism to the UK is almost non-existent.

Those guests will see some extra precautions including contactless check-in and payments, minimised contact and increased hygiene measures to protect guests and the 30 staff. 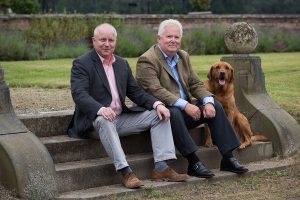 The Bike and Boot Inn is designed to be “a funky mix of rural chic and urban edge” and is targeted at people looking for a base for outdoor activities, from surfers and bikers to dog owners. The ski chalet-style facilities include a dog grooming parlour and bike storage while there are five grades of room to stay in.

Kershaw said: “This is a brand that is fit for purpose now, for the 21st century for people who like going out to the countryside but don’t want the fuss of staying in a country hotel.”

Despite the impact of lockdown, the company is pressing on with its broader ambitions for the brand.

Plans are well progressed for hotels in the Peak District and Forest of Bowland while the company is at the pre-application stage for planning applications on sites in North Nottinghamshire and Betws-y-Coed in North Wales.

Kershaw said: “In five years’ time we hope to have five hotels. There are no guarantees, but where we sit at the moment is very positive.”

Kershaw and Rhatigan bring a lot of experience as hoteliers to the venture and worked together as co-directors of Helmsley Hospitality. Kershaw is a former chairman of the northern region of the British Hospitality Association and has previously run Carlton Towers Estates near Goole.

Rhatigan owned the Feversham Arms in Helmsley for eight years and more recently was the managing director of Devonshire Hotels.