£589m investment to kickstart rail upgrades across the North

£589m to kickstart work on the Transpennine main line between Leeds, Huddersfield and Manchester has been confirmed today by Transport Secretary Grant Shapps.

A new “Northern Transport Acceleration Council” will also be established, dedicated to accelerating vital infrastructure projects and better connecting communities across the North’s towns and cities.

The most congested section of the route will be doubled from two to four tracks, allowing fast trains to overtake slower ones.

Most of the line will be electrified. Full electrification, digital signalling, more multi-tracking and improved freight capacity are now under consideration as part of an “Integrated Rail Plan” due to report in December. 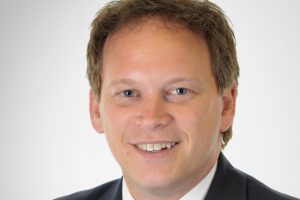 Upgrades to allow more freight on the route, replacing thousands of diesel lorry journeys with electric freight trains, will also be considered.

Work is under way to tackle bottlenecks at either end of the route. Leeds station is being re-signalled and a new platform is being built.

The Council launched today is intended to ensure northern leaders have a direct line to ministers and to cut red tape.

Transport Secretary and Northern Powerhouse Minister Grant Shapps said: “People across the North rightly expect action, progress and ambition, and this government is determined to accelerate improvements as we invest billions to level up the region’s infrastructure.

“We are determined to build back better at pace, and this new council will allow us to engage collectively and directly with elected northern leaders to build the vital projects the region is crying out for.”

Chancellor Rishi Sunak, said: “Levelling-up opportunity will be key in our recovery from Coronavirus – and our long-term success will rely on having world-class infrastructure in all parts of the country. The Transpennine rail upgrade shows we are delivering on our promises to the North.”

Cllr Judith Blake, leader of Leeds City Council and transport Lead for West Yorkshire Combined Authority, said: “We welcome any opportunity to accelerate the delivery of infrastructure projects in the North.

“Through Transport for the North, Northern leaders have championed northern investment and it’s important that we can continue to be directly involved in shaping these vital projects.

“To truly level up, the UK needs HS2 delivered in full as part of an integrated network with Northern Powerhouse Rail with a line through Bradford city centre, as well as a fully upgraded Trans-Pennine route, investment in the Calder Valley line and improved resilience on the East Coast Main Line, to re-balance the economy and address poor transport links between cities in the North and Midlands.”

Mayor of Greater Manchester, Andy Burnham, said: “People here deserve a modern, reliable public transport system and it is my hope that the Northern Transport Acceleration Council will bring forward the day when that is a reality.

“It is crucial that the Council listens to the voice of the North and is accountable to people here through their elected politicians and bodies such as Transport for the North. 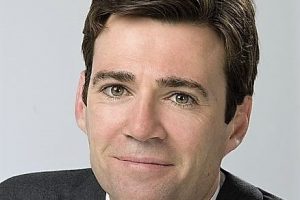 “The additional funding for the Transpennine Route Upgrade is a welcome sign of intent from the government.

“The North has long argued for the existing scheme to be upgraded to bring the full range of passenger and freight benefits and we are glad that the government has listened to this.

“But it is important to be clear that upgrading the existing railway between Manchester and Leeds does not diminish the need for a new line in Northern Powerhouse Rail nor does it solve the capacity issues in central Manchester which require a separate solution.”

The Northern Transport Acceleration Council will hold its first meeting in September and will comprise mayors and council leaders with the Transport Secretary as chair.

Minister for Regional Growth and Local Government Simon Clarke MP said: “The new Northern Transport Council is an important step and will help to accelerate and deliver the tangible improvements people across the Northern Powerhouse want to see.”

Barry White, chief executive of Transport for the North, said: “We are delighted to see today’s announcement committing £600m to the Transpennine Route Upgrade, a key artery for passengers and freight in the North.

“This is a major step forward and we also welcome the commitment to develop proposals to fully the electrify the line – something that we asked Government to consider.

“We also welcome the announcement of a Northern Transport Acceleration Council and a DfT North; it is important that TfN, reflecting the voice of the 15 million people in the North, and the new organisations work in partnership to build back better and level up.

“We will work with the Government and these new structures to promote faster decisions and speedier investment into the North.”