Shipley-based designer and manufacturer of products for wireless telecoms, Filtronic, recorded a pre-tax loss of £400,000 in its full year results for the 12 months ended 31 May 2020.

This compared with a profit of £100,000 for the previous year, this negative change was claimed to be due to increased manufacturing overheads. Despite this revenues were up 8% to £17.2m with an adjusted EBIDTA of £1.2m.

Filtronic says it took steps to remain fully operational during the COVID-19 lockdown period, though noted these measures had an impact on its productivity and efficiency. 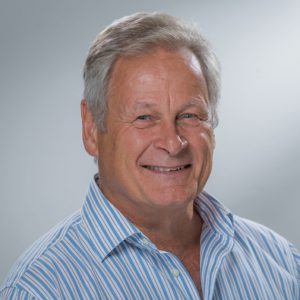 Reg Gott, Filtronic executive chairman noted that a result of this was “our profitability suffered over the fourth quarter of the financial year. We were therefore very pleased to deliver annual results in line with market forecasts.

“Many of our customers had increasing difficulty in firming up future commitments, leading to a number of programmes being pushed out.

“Consequently, we entered the new financial year with a high level of confidence in our ability to perform under the restrictions presented by COVID-19, should conditions deteriorate again, but with a higher degree of uncertainty around customer requirements in terms of volumes and delivery schedules.”

Gott further added that the business remains cautious of the outlook for the current financial because “there remains considerable uncertainty within our end markets” which is “compounded by the imminent conclusion of the Brexit transitional period with, as yet, little clarity regarding trading terms with Europe from January 2021.”

Gott who has also been acting as executive chairman since November when Filtronic’s chief executive Rob Smith resigned with immediate effect, added that the business is still actively searching for a new CEO, but that this has been impeded by the pandemic. However, he hopes to return to his role as a non-executive chairman in the near future once a suitable candidate is appointed.

Catalytic effect of Covid-19 on digitalisation

Business committed to turning challenges of 2020 in to a positive