A Sheffield animation studio is growing with support from a £100,000 loan from NPIF – Mercia Debt Finance, which is managed by Mercia and part of the Northern Powerhouse Investment Fund.

Red Star 3D creates its own films which are shown in cinemas, theme parks, museums and other venues.

Its most recent creation, StarDog and TurboCat, opened in cinemas last December and is currently available on Amazon.

Founded in 2004 by Ben Smith and Jan Rogowski, Red Star has won dozens of awards and nominations at film festivals.

It is now expanding its services to produce work for film companies worldwide and has already won one major contract. 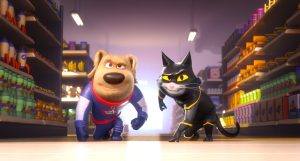 The company, which currently employs 10 people, is planning to create an additional 40 jobs in the next two years. The  loan from the Northern Powerhouse Investment Fund will help to fund its growth and its recruitment plans.

“While this is a challenging time for many business owners, demand for our animation production services is booming. The funding will allow us to take advantage of the opportunities it brings.”

Pete Sorsby, investment manager with Mercia, said: “Red Star Entertainment is a successful studio with a strong management team and a worldwide reputation for its work.

“The funding will enable it to take on new projects and create new skilled jobs to expand Sheffield’s growing digital sector.”

“We are pleased that NPIF is supporting this growing Sheffield based digital company and providing vital investment to to unlock the North’s growth potential.”