Twelve companies and organisations across the Humber have jointly submitted a public and private sector funded bid worth around £75m to accelerate decarbonisation in the UK’s most carbon intensive industrial region. 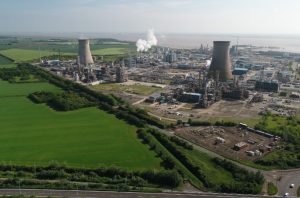 The scheme is enabled by shared infrastructure that includes a pipeline network to carry hydrogen to industrial customers and carbon dioxide from power generation and industrial emitters to permanent storage in an offshore aquifer below the seabed in the UK’s Southern North Sea.

Zero Carbon Humber says it could  cut the UK’s annual emissions by 15% and save industry around £27.5bn in carbon taxes by 2040.

It will also help to secure the future for the Humber’s traditional heavy industry and related supply chains by enabling decarbonisation and creating opportunities for growth in new technologies.

And it could safeguard 55,000 existing jobs in the region, whilst creating thousands of STEM roles and developing skills, apprenticeships and educational opportunities in the area. 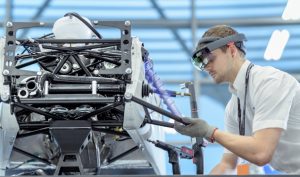 “The CO2 will be compressed at Centrica Storage’s Easington site and stored under the Southern North Sea using offshore infrastructure shared with the Teesside industrial cluster.

“It would enable the scheme to move towards a final investment decision on construction during 2023, with H2H Saltend and associated infrastructure expected to come online around 2026.

“At Selby, Drax Power Station would connect to the completed CO2 pipeline network, underpinning the ZCH scheme with bioenergy with carbon capture and storage (BECCS) – a vital negative emissions technology that Drax is pioneering. 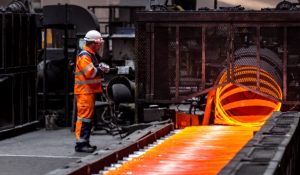 “The pipeline network will run via SSE Thermal’s Keadby site, where it is developing Keadby 3.

“The network will also run via Immingham, where Uniper is planning to add to its European hydrogen ambitions by developing clean hydrogen production at its Killingholme site, in line with Uniper’s pledge to be carbon neutral in Europe by 2035.

“As one of the UK’s leading steel manufacturers, and a significant local employer, British Steel could benefit from the ZCH infrastructure as part of its drive to lower emissions.

“ABP, the major ports and logistics provider for the region, will support the global reach of the low carbon products and chemicals produced at Scunthorpe and at Saltend.

“The ZCH projects are supported by the University of Sheffield’s Advanced Manufacturing Research Centre, which models the wider economic and supply chain opportunities in the UK provided by these new technologies.”