Two of the region’s figures have been recognised in this year’s Queen’s Birthday Honours.

Former Business Masters winner Roger Marsh OBE DL, chair of the Leeds City Region Enterprise Partnership and NP11 group of Northern local enterprise partnerships has received a knighthood and was described as having “made a real difference to economic growth across the North of England” through his roles. 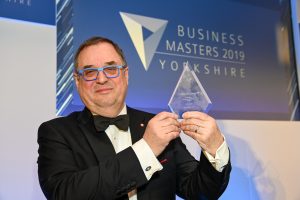 Sir Roger has also played a significant role in delivering devolution for West Yorkshire through his member of the West Yorkshire Combined Authority, which was announced in the 2020 Budget and came to pass with the election of Tracy Brabin in May as the region’s first metro mayor.

He took up the post as chair of the LEP in 2013 and has overseen a period of economic growth for the city region that has included Channel 4 choosing the region for its new national HQ and the growth of its GVA to £69 billion.

Commenting on the honour he told TheBusinessDesk.com: “For me it’s obviously a huge honour to be recognised like this, but the important privilege has also been doing the sort of stuff that this recognises. I hope that that work has, is and will continue to make lasting, meaningful difference for current and future generations.”

He added however that the award was not just for him but for the “collective” of people who have supported the work to grow the Northern economy.

Looking ahead to the future Sir Roger noted he is committed to being LEP chair until 2022 when he’ll have served nine years, and after that he explained he hopes to find “other roles that will complement and build on what what I’ve done to date” as a he happily joked “I’m just getting into my mojo”. 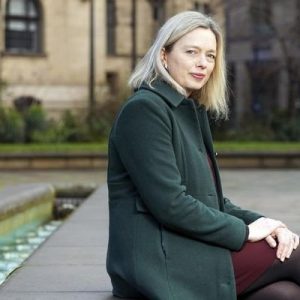 Alongside the knighthood, Sheffield City Council chief executive Kate Josephs has been awarded a CBE for public service. Prior to becoming the chief executive of the steel city’s council, Josephs was director general, Cabinet Office before returning to her South Yorkshire roots – she was born in Doncaster – in January this year in her own words because she’s passionate about the region “achieving its potential”.

Josephs said of the award: “I am humbled and immensely proud to have been recognised in Her Majesty’s Birthday Honours. It has and continues to be a privilege to dedicate my professional life to public service.

“Everything I have ever been able to achieve as a public servant has been the result of a team effort, working with incredible, dedicated and committed colleagues, alongside the support of my family. I am so grateful to all of them and proud now to build on my career in national government and serve the people of the great city of Sheffield.”