Power company Drax, which had been due to close its coal plants in Selby by March this year but keeping them available until September 2022, is reportedly “considering all options” according to the chief executive Will Gardner. 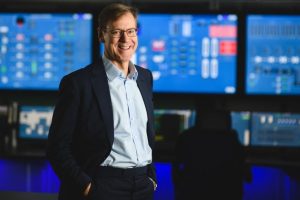 Speaking to the Financial Times, Gardiner suggested that it would continue to make its coal powered power plants available as the country was set to face a “tough winter” as Drax looked to balance the grid.

The  company which earlier this week announced a partnership with the National Farmers Union to identify opportunities to scale up perennial energy crop production and help the UK meet its ambitious climate goals noted that there have been challenges facing the country’s fuel supply.

It was recently the beneficiary of record payments when the UK’s electricity system operator called on its coal plant – one of the few remaining in the UK – to supply power at short notice as a result of one of the least windy summers in the last 60 years impacting the country’s green energy production.

Gardiner who the FT stated “stopped short of saying the company would run its coal plants at full capacity throughout winter”, did however say the business was “very aware that the country might have a significant problem and if there’s something Drax can do we will absolutely think about doing that”.

He added however that if plans were to be rethought Drax and the government need to start talking “in the next few months”.

Drax’s Selby plant has already seen the majority of its units burning wood pellets, which are said to be carbon neutral, with it noting in its annual results that it had cut its CO2 emissions from power generation by over 90% since 2012.