A heritage to protect and restore Leeds Town Hall’s Victoria Hall has received a funding boost this week.

The National Lottery Heritage Fund has pledged a grant of £249,810 toward the scheme, which will restore the main decorative features of the performance space, including the façade of the Leeds Town Hall organ.

Victoria Hall dates back to 1858, when the building was first opened by Queen Victoria and today it hosts a large programme of concerts and events.

The years have begun to take their toll on some of the hall’s earlier decorative features, which have fallen into significant disrepair.

Without expert work being carried out, some of those features are at risk of being lost, including sections of wall, columns, and ornamental features.

The project will see a team of specialist decorative artists strip back layers of dirt, dust, and urban pollution to reveal an earlier artistic vision for the hall. 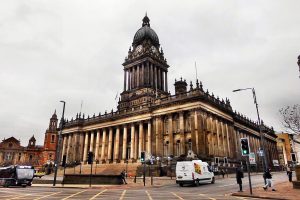 Work will also focus on fully restoring the decorative scheme on the Leeds Town Hall organ which includes intricate hand painted stencil designs on all the instruments façade pipes which have been hidden for decades.

Restoration will take place during the planned closure of the building, which will also see refurbishment works and the full renewal of the organ and its internal components.

David Renwick, director, North of England, at The National Lottery Heritage Fund, said: “The North of England has a huge range of heritage, from nature to buildings, from cities to the people who bring them to life.

“This variety is matched only by the diversity of our communities and the potential we see in Northern heritage is enormous.

“We have invested in so many exciting projects across the North since 1994 – all thanks to players of the National Lottery – and we are keen to see even more as we look forward, particularly as they can play an important role in recovery from Covid-19.

“The Leeds Town Hall project to restore the Victoria Hall and open it up to communities is a great example that we are proud to support.”

Councillor Jonathan Pryor, Leeds City Council’s deputy leader and executive member for economy, culture and education, added: “It’s fantastic to hear that the project to restore Victoria Hall to its former glory has received such a significant funding boost and we’re grateful to The National Lottery Heritage Fund for recognising how important it is that this work takes place.

“Leeds Town Hall is one of Leeds’s most recognisable buildings and an absolutely integral part of the city’s story and identity so it’s hugely important that we protect and preserve this beautiful example of Victorian architecture for future generations.

“The town hall is also a focal point for an extensive and diverse programme of events which not only generate income for the city but also help put Leeds on the map as a world class cultural destination.”