Home / Yorkshire / Lifestyle / 5 things to do this October

Autumn is officially here, the nights are drawing in and that coffee chain has launched its Pumpkin Spice flavour…but if you’re looking for something to bring a cheer as the leaves fall here are five key events you should have on your calendar. 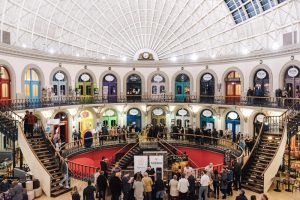 1) Leeds Rum Fest – So rum’s been growing in popularity over the years, in fact it was named the tipple of choice for lockdown with many people opting to enjoy the taste of a summer holiday even while stuck in their back garden. However this year, the rum festival is back at the Corn Exchange and the organisers have promised to “pull out all the stops” to celebrate life after lockdown on Saturday 9 October. We’re definitely not aficionados of the spirit but if you want some tasting tips to for sampling the varieties on display we can help. 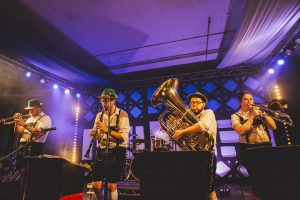 2) Oktoberfest –  So if rum isn’t setting your taste buds tingling, why not look to our Bavarian neighbours and join in the historic tradition of Oktoberfest. The event which was originated in Much in 1811 is back in Leeds for the fifth time and you can expect the best German beers from Ayinger, amazing food from Spud and Bros as well as currywurst from Get Wurst all of which will be accompanied by in-house Oompah and Brass band. 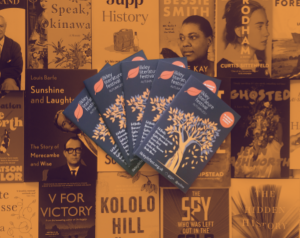 3) Ilkley Literature Festival – If perhaps you’d prefer you oompah with little more loompah, then why not experience the north’s longest running literature festival, which has over 150 events taking place between 1 October and 17 October. With speakers including broadcaster Anita Rani, former MP Ed Balls as well Countdown’s queen of the Dictionary Corner Susie Dent and former footballer John Barnes. With events both in person and live streamed we’re certain you’ll find something to enjoy. 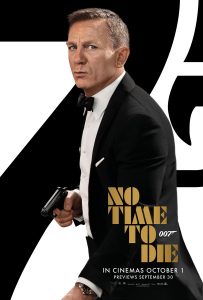 4) No Time to Die – Ok perhaps not the normal inclusion but a new James Bond film (especially for this writer) is always something to be experienced and where better than in the Imax at the Bradford National Science + Media Museum. With initial reviews being positive for Daniel Craig’s final outing as Ian Fleming’s famous spy, what are you waiting for grab the popcorn and head to your local cinema.

5) So October means Halloween and so we felt we had to include Sheffield’s Celluloid Screams Horror Film Festival, back for its 13th year with a terrifying mix of premieres, previews and classic films on the big screen. The good news is if like this writer horror films aren’t for you, you could still take part and at the very least enjoy Frank Oz’s Little Shop of Horrors from 1986 – although be warned its part of a screening with some more sinister sounding films. 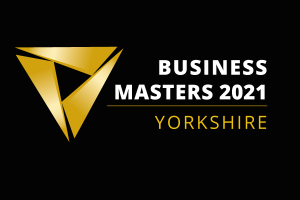 Well we couldn’t do a list of the best events of October and not include one of our own. The Yorkshire Business Masters, is our celebration of the region’s business community and successes over the last 12 months. Held at the Queens Hotel in Leeds on 14 October tickets are still available here and we’d love to see you there.

Luxury retailer celebrates a quarter of a century in Knightsbridge of...

It’s about Stein…don’t miss your chance to be at...