Leeds-headquartered Widd Signs has recorded its strongest month since the start of the pandemic, securing five new contract wins in September, including a five-figure deal with Chelsea Football Club.

The wins, which have a combined value in excess of £200,000, come as the digital and traditional signage specialist continues to expand its team, across its bases in Leeds and St Helens, with the appointment of Neil Frodsham as a business development manager.

The company has been appointed to deliver a significant project at Chelsea’s Stamford Bridge stadium, which will see it manufacture and install an array of wayfinding signage inside the club’s West Stand. 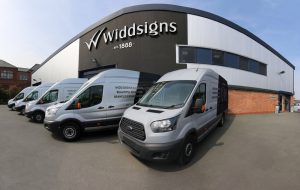 As part of the project, the firm will also create a number of pieces of abstract art on the walls that lead into the stand.

In addition, Widd Signs has been appointed to deliver five-figure projects at Lionel House, a new residential development in Birmingham, and Atlantic Quay, an office development in the centre of Glasgow.

And it will support Logicor, one of the largest owners of distribution and logistics warehouses in the UK, as part of a contract that will see Widd Signs manufacture and install wayfinding and tenant signage at several of the company’s sites, with potentially dozens more in the pipeline.

Construction specialist ISG has appointed the company to create and install external branding at a new 50,000 sq ft store that Marks & Spencer is due to open later this year in Woking.

Peter Harris, head of sales at Widd Signs, said: “These five contract wins are testament to the incredible efforts of the entire team. 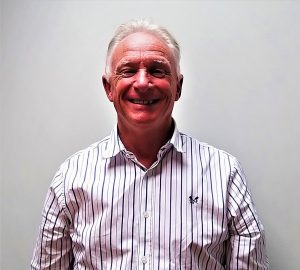 “It’s undoubtedly been a challenging last 18 months, but their hard-work and unrelenting focus on delivering brilliant results for our clients means we’re in a better place than ever before.

“As we continue to grow, we’re constantly on the lookout for top talent and we’re delighted Neil has joined as a business development manager.

“He brings with him a wealth of experience, expertise and connections, particularly in the retail sector, and bolsters our already strong business development team.”

The company is currently looking to recruit a number of signage installers, sign fabricators and apprentices.

‘Netflix of wellbeing’ acquired for up to £10m