More details are being publicly revealed about the National Railway Museum’s plans for a new Central Hall, part of its vision as the cultural heart of York Central.

An exhibition will be on show at the museum for 10 days – alongside a virtual consultation – to capture feedback from residents of the city and museum visitors on the plans that are part of the museum’s Vision 2025 initiative.

Central Hall will be a new welcome space and gallery located between the museum’s Great Hall and Station Hall.

It will unite the museum buildings and is a cornerstone of Vision 2025, the museum’s five-year journey to transform its offer and become the World’s Railway Museum. 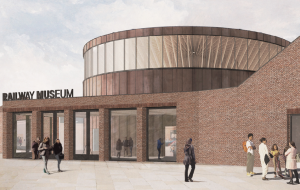 This vision includes a new Wonderlab, aimed at inspiring children to think like engineers through experience, interactivity and play.

Information and a survey on designs for the Central Hall project can be found at railwaymuseum.org.uk/centralhall or visit Station Hall at the museum until 3 November.

Judith McNicol, director of the National Railway Museum, said: “Central Hall is just one aspect of our journey to embed our museum in the heart of our community.

“We are excited to share the latest plans for the new building, which follow the principles agreed in the outline permission for the wider York Central site.

“This consultation helps provide further detail about the plans to unite the Museum’s estate as never before and deliver Vision 2025.

“It’s really important we gather feedback at this early stage in the process so the plans can evolve to offer as many benefits to our neighbourhood and to our visitors as possible.

“These plans will provide a massive economic boost to York and the wider area, acting as a stimulus for a wide range of other businesses too.”

Greg Dyke, chairman of Make It York and York Central Strategic Board, added: “The improvements to the National Railway Museum, through the Central Hall project, will enhance York’s cultural development and provide a catalyst to the whole economy of the city and beyond. 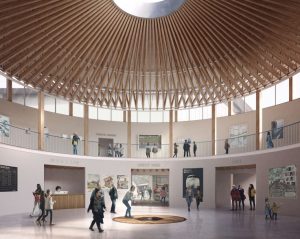 “It will help to create a national museum that we can be proud of in York and across the country and assist to inspire and educate future generations in technology and the significance of railways across the world.

“Central Hall will act as the gateway to the transformed galleries and spaces and be the cultural heart of York Central.”

The Central Hall plans form an early stage of the delivery of York Central, the 45-hectare regeneration site which is a partnership with Network Rail, Homes England, City of York Council and the museum.

A planning application will be submitted in the coming months, following analysis of all the feedback from the consultation process. The improvements are expected to be completed by 2025, which will mark the museum’s 50th Anniversary.

Feilden Fowles is the architect on the project, having won a UK-wide competition in 2020.

Fertiliser mine wins permission to continue operations for another 25...

“There are headwinds but we shouldn’t get all doom and...

Marine business invests in another vessel as it eyes further expansion