Chancellor told the North is tired of waiting

Rishi Sunak’s latest Budget has left a feeling of frustration from some across the North.

Tracy Brabin, mayor of West Yorkshire noted that “Levelling up needs government and regional leaders to work in true partnership” adding that a desire for this to happen “didn’t come across the despatch box.

In a statement she added that she agreed with the Chancellor when he said that “now we must deliver”, but added that those in Yorkshrie and the wider North have “grown tired of waiting” for the Prime Minister to deliver on his promise from two years ago to level up the country. Highlighting that the Levelling Up white paper had been delayed again and calling the lack of the Integrated Rail Plan “a glaring and disappointing omission”.

Perhaps most disappointing for Northern leaders was the lack of any information around HS2’s eastern leg or Northern Powerhouse Rail, with Sunak only saying information is coming soon, to which the mayor said: “the watered-down versions that are rumoured are not acceptable”. 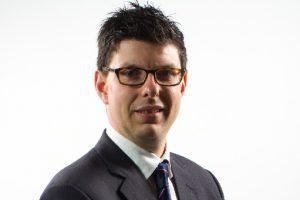 Henri Murison, director of the Northern Powerhouse Partnership echoed Brabin’s sentiment noting: “There is still a huge hole in the government’s plans for levelling up with no clear commitment to either HS2 or a new Northern Powerhouse Rail line through Bradford in today’s speech. Until the IRP is published, uncertainty will continue to undermine business confidence and put a dampener on attracting investment to the north of England.”

James Lewis, leader of Leeds, and Ben Bradley MP, leader of Nottinghamshire- co-chairs of the HS2 East campaign added: “The announcements on local transport funding in today’s budget are welcome. The existing gap between transport spending in London and the South compared to the North and Midlands is stark, and this is a positive step.

However the pair also noted that the continued delay to publishing the Integrated Rail Plan for the North and Midlands – which is now 10 months overdue was creating “continued uncertainty [which] is undermining business confidence”.

Adding: “If the Eastern Leg of HS2 is scaled back or cancelled, the North East, Leeds, Sheffield and the East Midlands will pay a heavy price. We’ll miss out on jobs, investment and opportunity while the west of the country becomes better-connected through the high-speed rail network acting as a spur for growth and regeneration.

“Levelling up requires full delivery of HS2 both sides of the Pennines.” 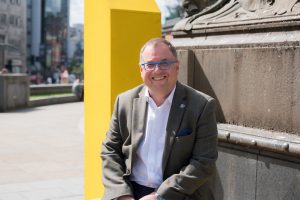 Sir Roger Marsh OBE DL, chair of the NP11 and the Leeds City Region LEP, noted: “The Chancellor rightly championed an ‘infrastructure revolution’ in today’s Budget, to drive productivity and level-up the country.

“The announcements on clean growth and innovation have the potential to cement the North in the nation’s recovery and prosperity and the commitment to raise public spending on R&D to £20bn by 2024/25 is welcome. The key will be ensuring that the impact of additional funding is maximised across the UK, linking it to businesses and industrial strengths in local economies, that will really deliver on the Government’s plans for growth.”

But like so many he highlighted that the lack of commitment to NPR and HS2 East the North continues to “lack the certainty to deliver their ambitions for growth and decarbonisation”.